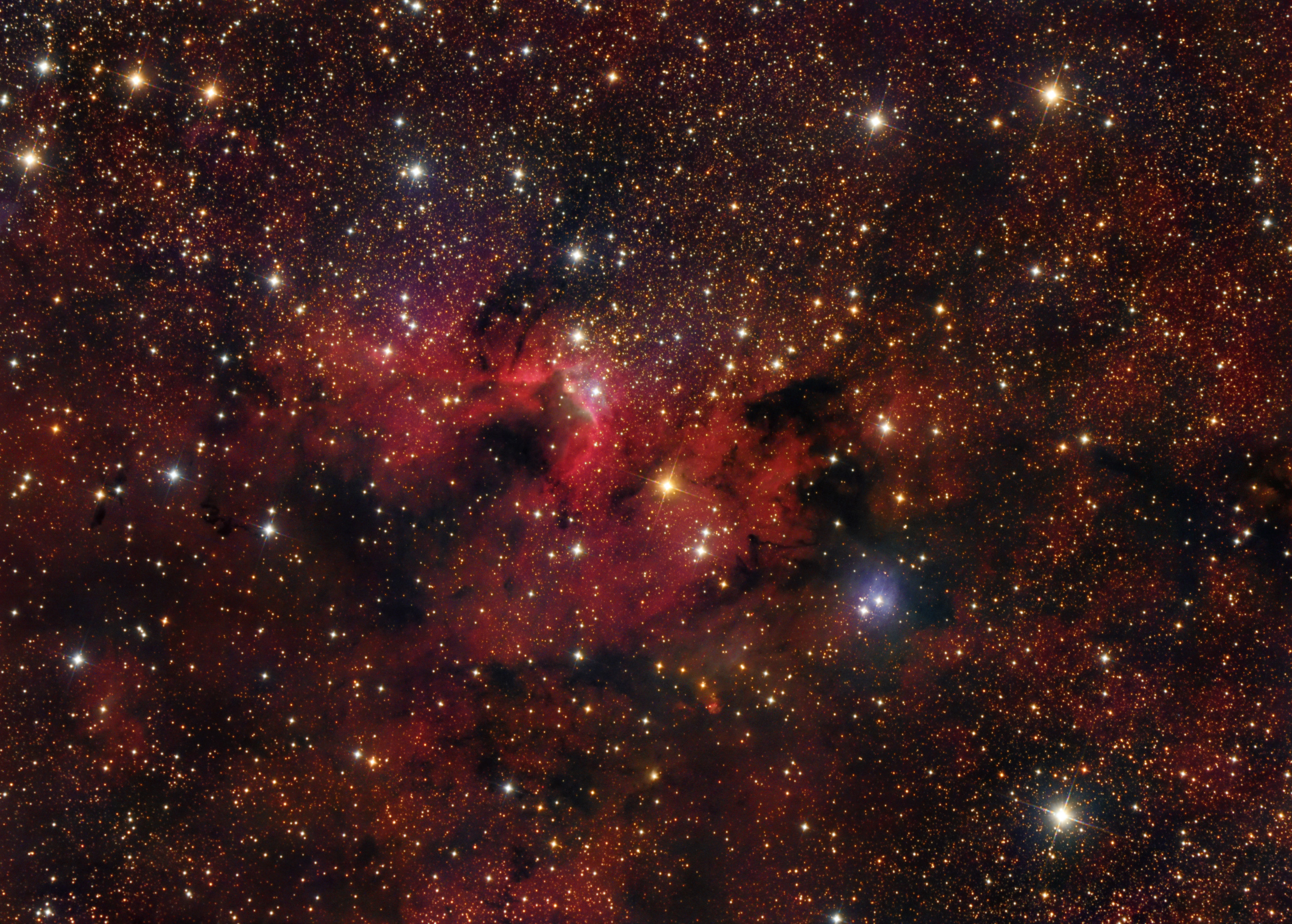 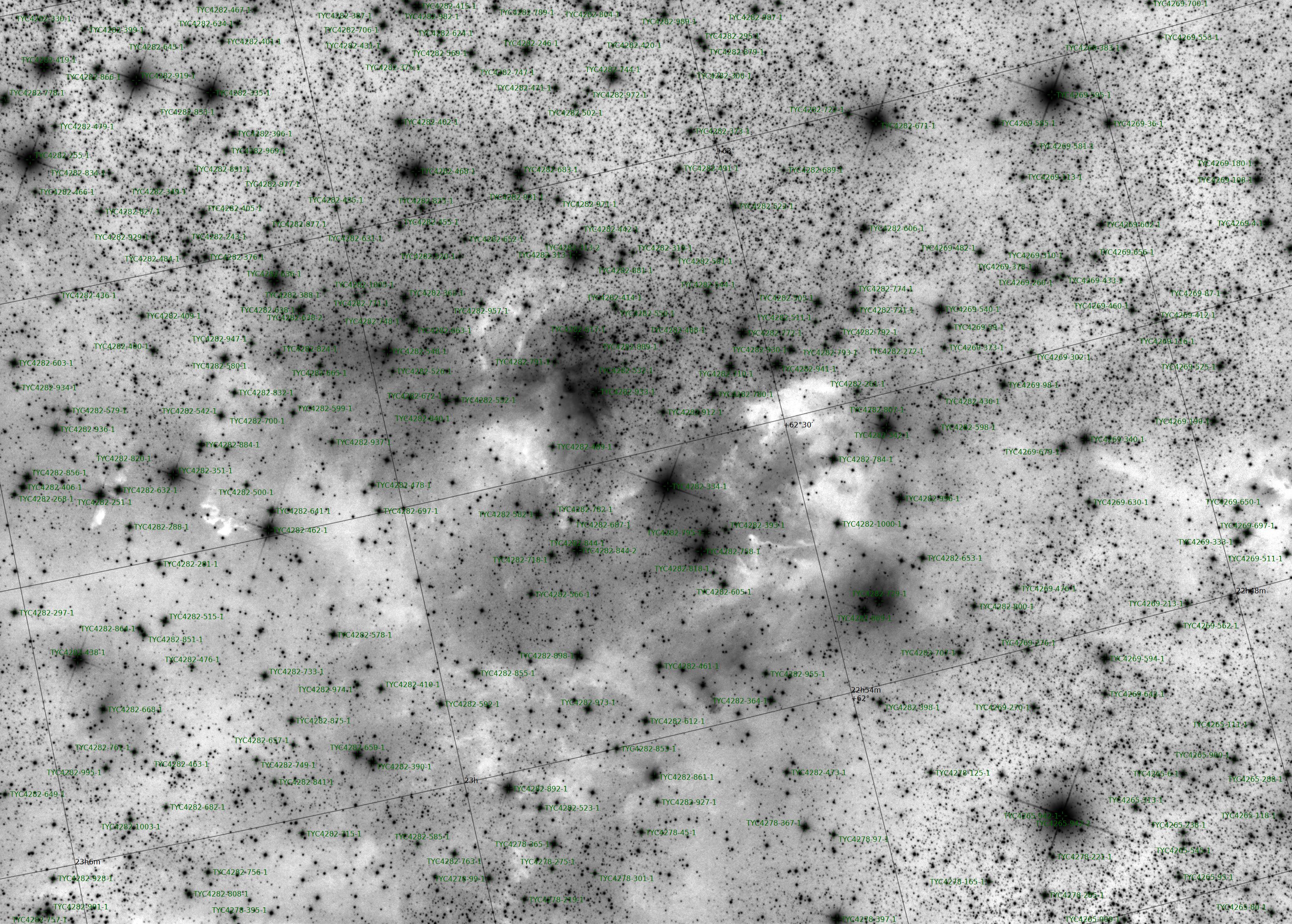 Sh2-155 is a diffuse nebula in the constellation Cepheus, within a larger nebula complex containing emission, reflection, and dark nebulosity. In the amateur astronomy scene it is widely known as the Cave Nebula, however this name designates the bright U-shaped Hydrogen Emission region west of the bright orange star looking like the entrance of a cave.

Sh2-155 lies at the edge of the Cepheus B cloud (part of the Cepheus molecular cloud), and is ionized by young stars from the Cep OB3 association. It has been suggested that radiation from the hot O-type star HD 217086 is compressing the region, triggering the formation of a new generation of stars. A study of the region's young stellar objects by the Chandra X-ray Observatory and Spitzer Space Telescope shows a progression of stellar ages in front of the cloud, supporting the hypothesis of triggered star-formation.

Photographed from near Bamberg and Heidelberg, Germany under varying sky conditions.

This image has been awarded "Astrofoto der Woche" (Astronomy picture of the week) by the German Amateur Astronomers Association VdS, read more here: