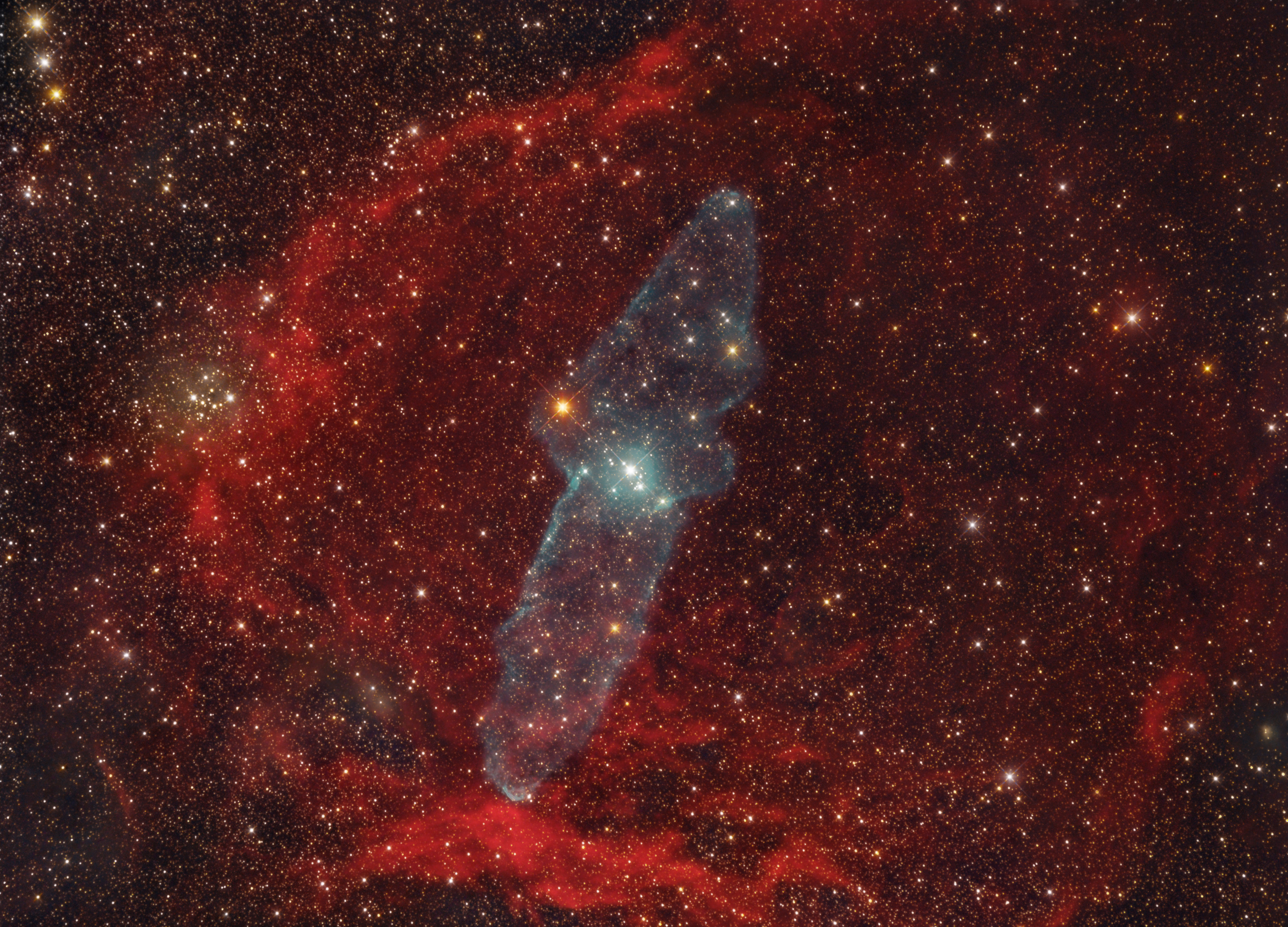 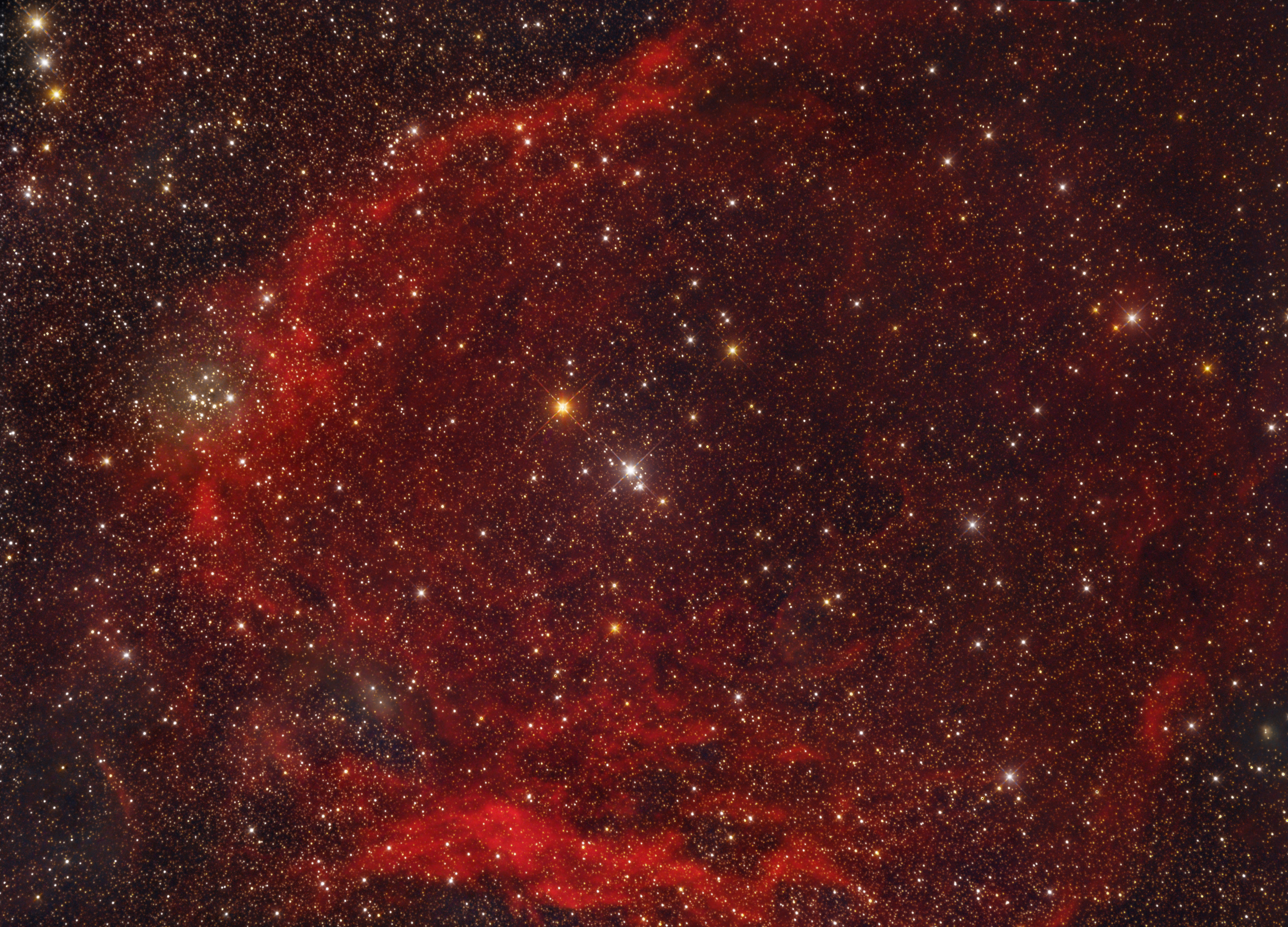 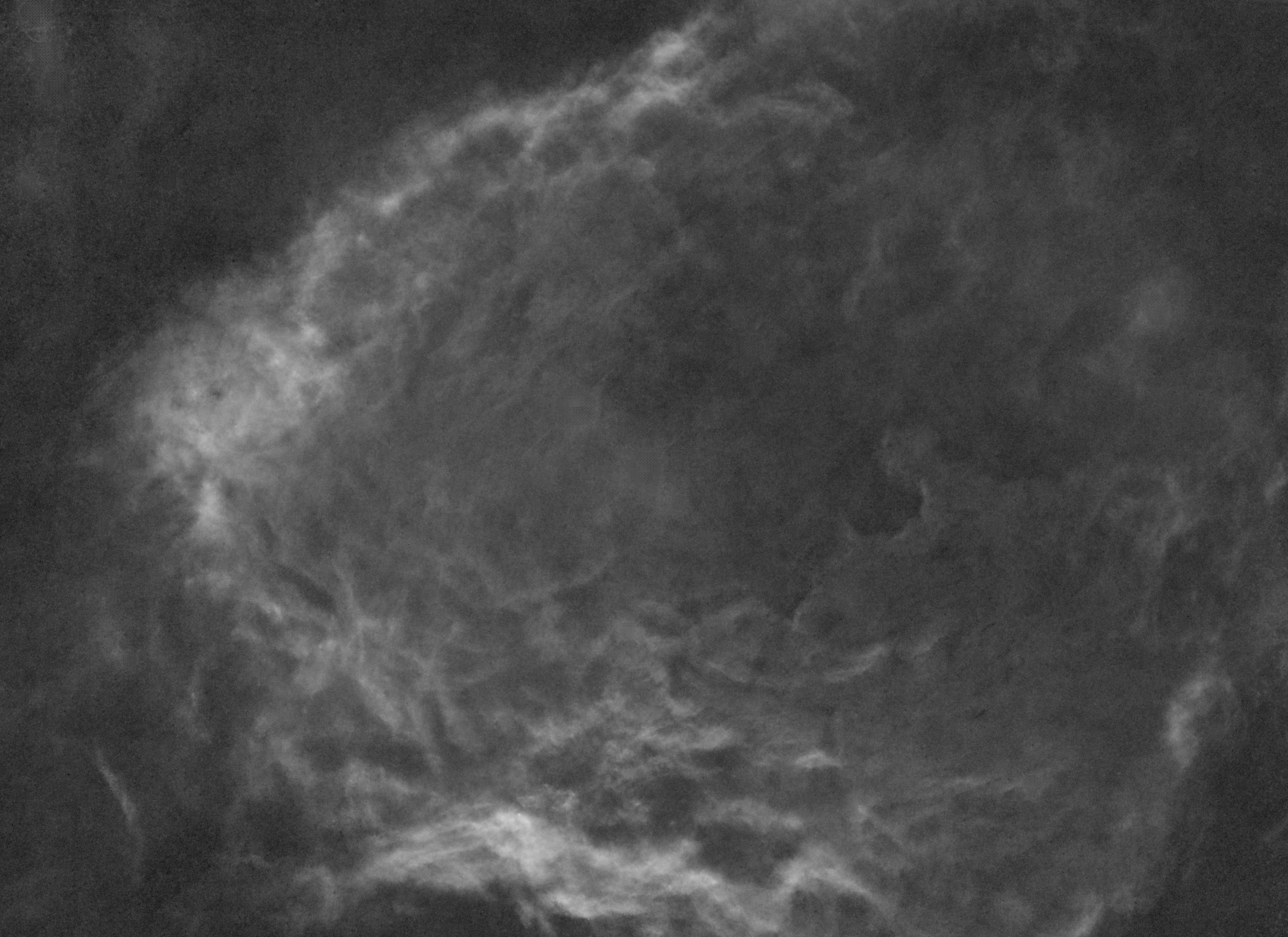 This image shows a HII region that has always attracted the interest of astrophotographers: Sh2-129. This HII region is located in Cepheus, about 4° northwest of the Cepheus Nebula IC 1396, which contains the well-known elephant trunk IC 1396A. The question is whether the emission nebula Sh2-129 forms a closed ring or if it is open to the northwest outside of the frame. Examining publicly available scientific data, it shows that Sh2-129 is in fact a closed bubble-like structure probable blown apart and ionized by the bright central mag 4 and mag 6 stars.

ut now to the highlight of this image, it is the blue glowing nebula Outters 4, from now on called OU4. OU4 is often said to be a planetary nebula. But this is not the whole truth - it follows now in simplified lines. OU4 is named after Nicolas Outters. The French amateur astronomer discovered the nebula in June 2011 when he imaged the HII region Sh2-129 with an FSQ 106 (f/5). He had exposed 18 h in Hα, 8 h in [SII], and 12.5 h in [OIII]. The [OIII] filtering then revealed a completely unknown new nebular structure. OU4 resembles the bipolar planetary nebulae M2-9 (Corradi, Balick and Santander-Garcia 2011) and KjPN8 (Lopez et al. 2000).

But maybe it is not a planetary nebula at all, but a bipolar gas emission coming from a not yet explored companion of HD 202214. The star is not only an O-star, it also has two companions, which are very close to the star. So, cautiously, one should not speak of a PN, but of a bipolar nebula. If professional astronomers could measure the ejection velocity at the jet peaks, the age of the ejection could also be calculated if the star distance is accurate. This would then clarify some open astrophysical questions.