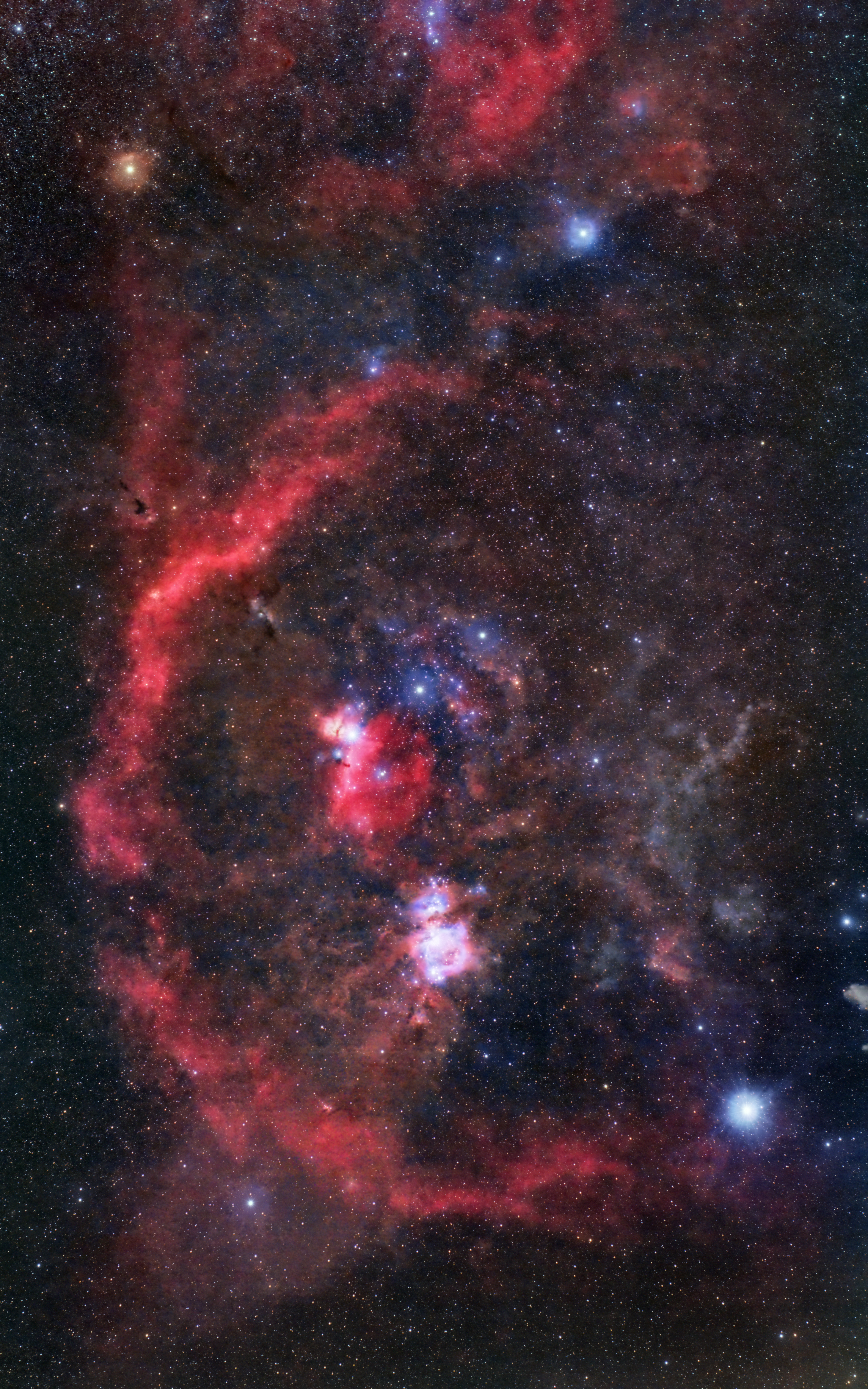 Gas and dust in Orion

Gas and dust in Orion

Anyone who looks through a telescope sees more stars than with the naked eye. This was also noticed by one of the first telescope builders, the physicist Galileo Galilei in 1610, who recognized that the Milky Way is not a continuous band but consists of numerous individual stars that the telescope can separate for the human eye. Following this observation, later observers have also assumed that nebulous objects resolve into stars if only a large enough telescope is used.

Modern astrophotography, again envelop the universe in dust and nebulae. In long-exposure images, taken with special cameras, we can see the material between the stars: relatively dense bands of dust lay like shadows in front of the starlight or scatter the blue light of young stars that shine hot and bright. With their ionizing UV radiation, they excite ubiquitous hydrogen atoms in the thin gas to glow. The hydrogen gas glows in a characteristic red color of 656 nanometer wavelength.

The image shows the central part of the constellation Orion. In each corner of the image one of the bright stars can be seen, which together form the figure of the hunter. In the upper left corner the reddish star Betelgeuse, in the upper right corner Bellatrix, in the lower right corner Rigel and finally the star Saiph, which marks the right knee of the hunter.

If we look in the direction of the constellation Orion, we look at the Orion arm of our Milky Way. Our Milky Way is a spiral galaxy, for which such spiral arms are typical. In them the matter condenses, it comes to the birth of stars, but also quite early to the death of the particularly massive specimens. These stars perish in enormous supernova explosions. The question how long it will take until Betelgeuse shows us this cosmic spectacle was eagerly discussed last winter (2019), when this star lost unusually strong luminosity.

The red glowing hydrogen gas traces a large arc called Barnard's Loop, after astronomer Edward Emerson Barnard (1857-1923). Its diameter is about 300 light-years, its distance to us 1500 light-years. It could be the remnant of a supernova which tore apart a big old star already 2 million years ago.