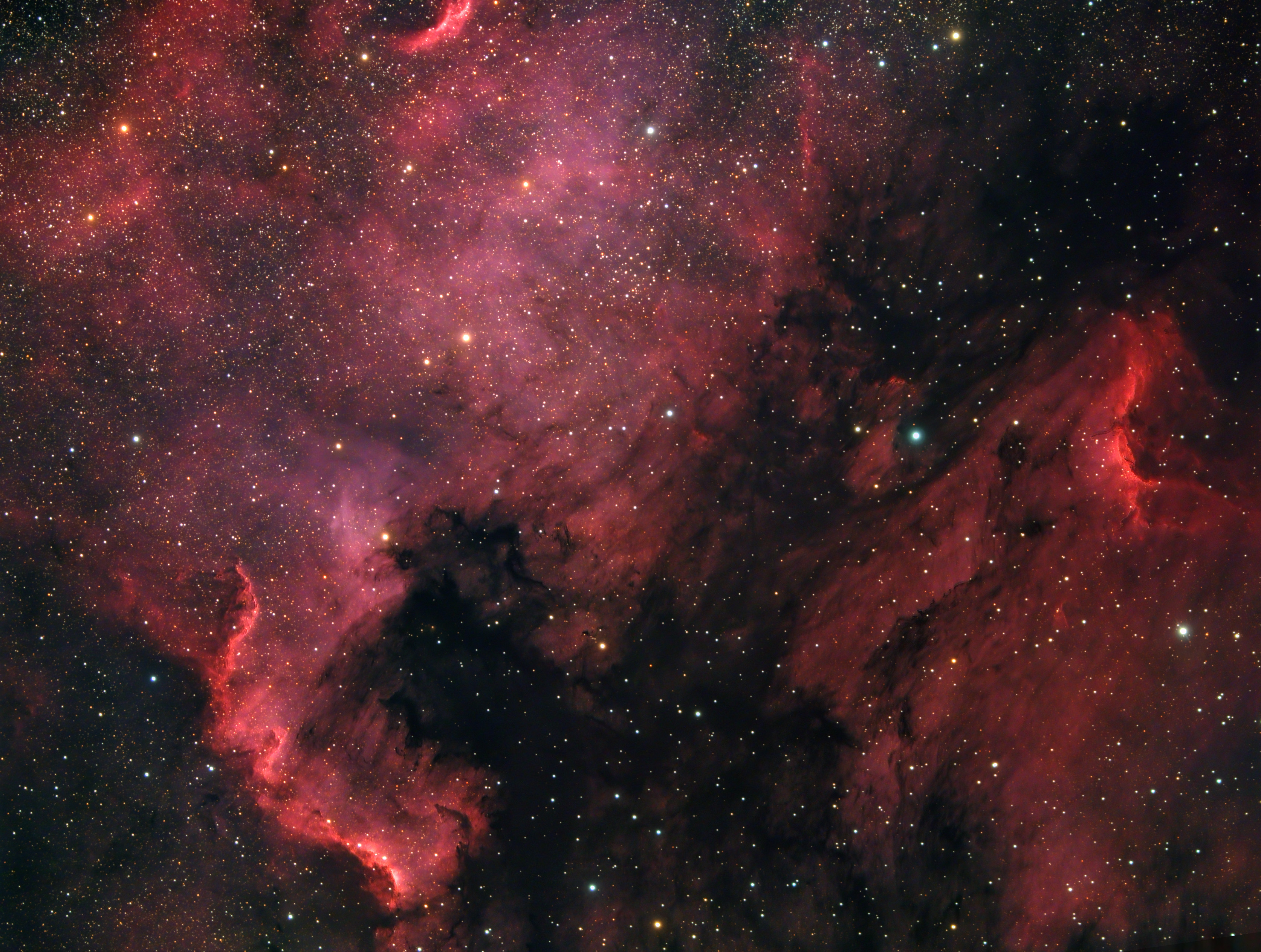 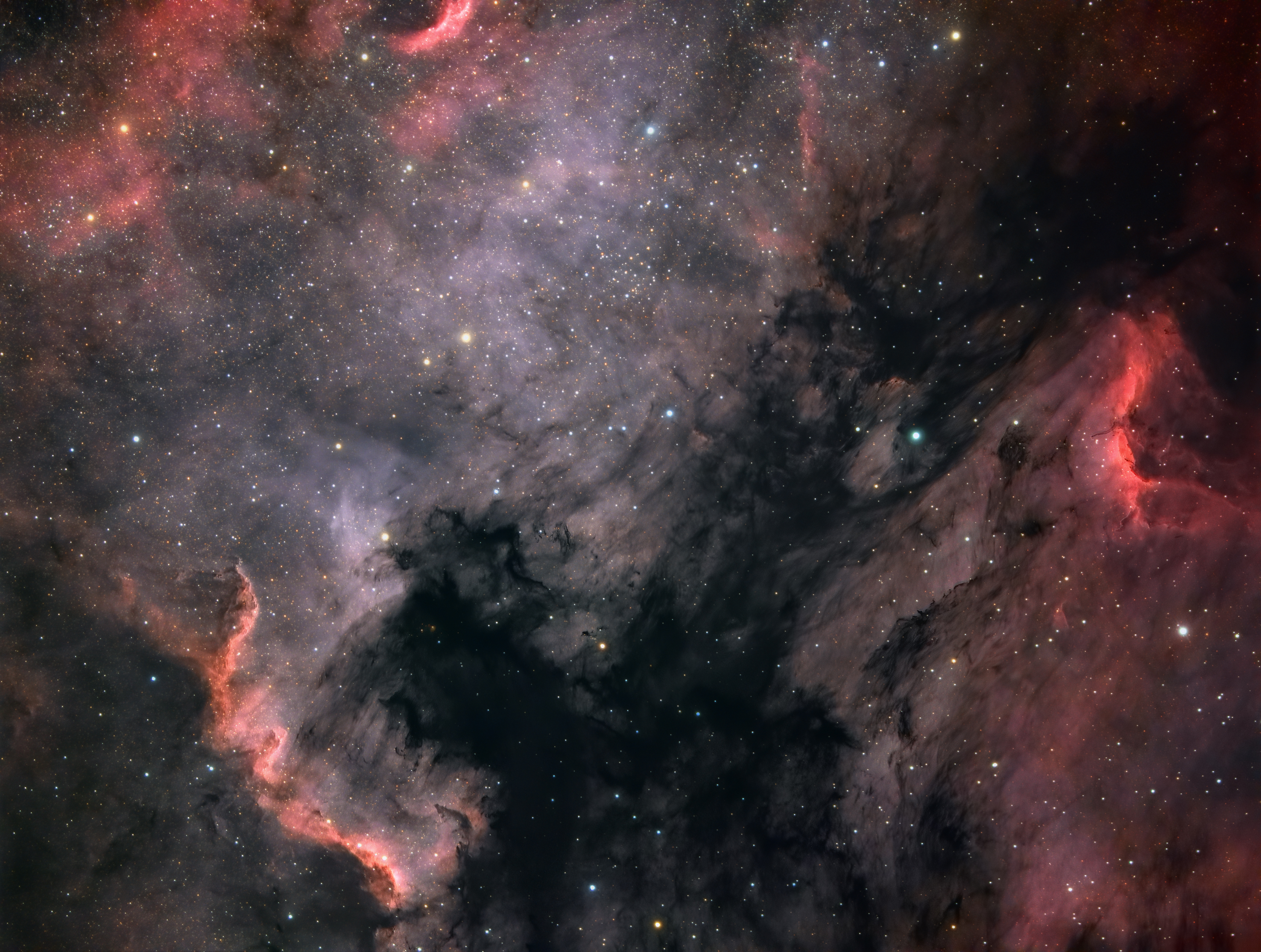 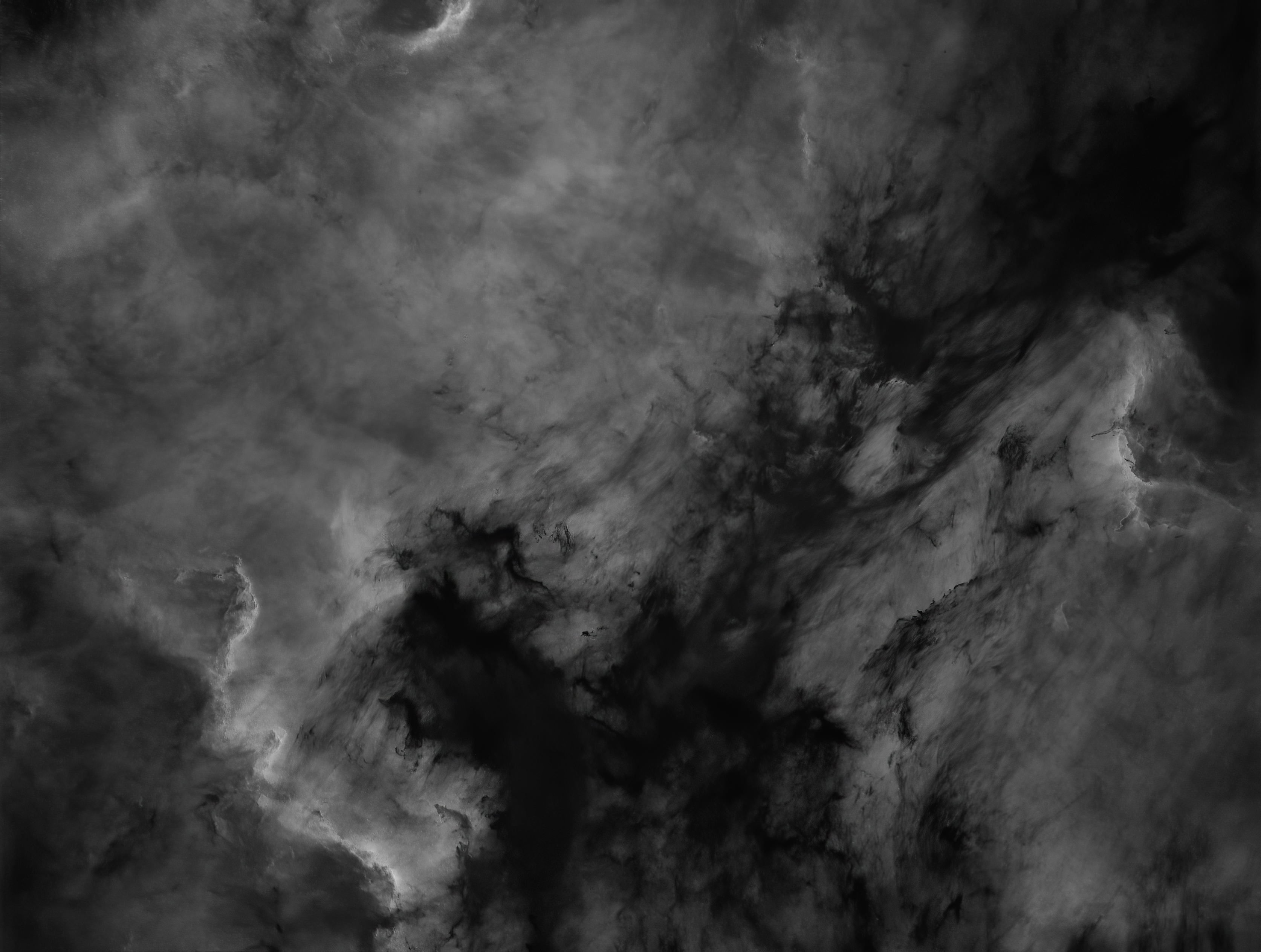 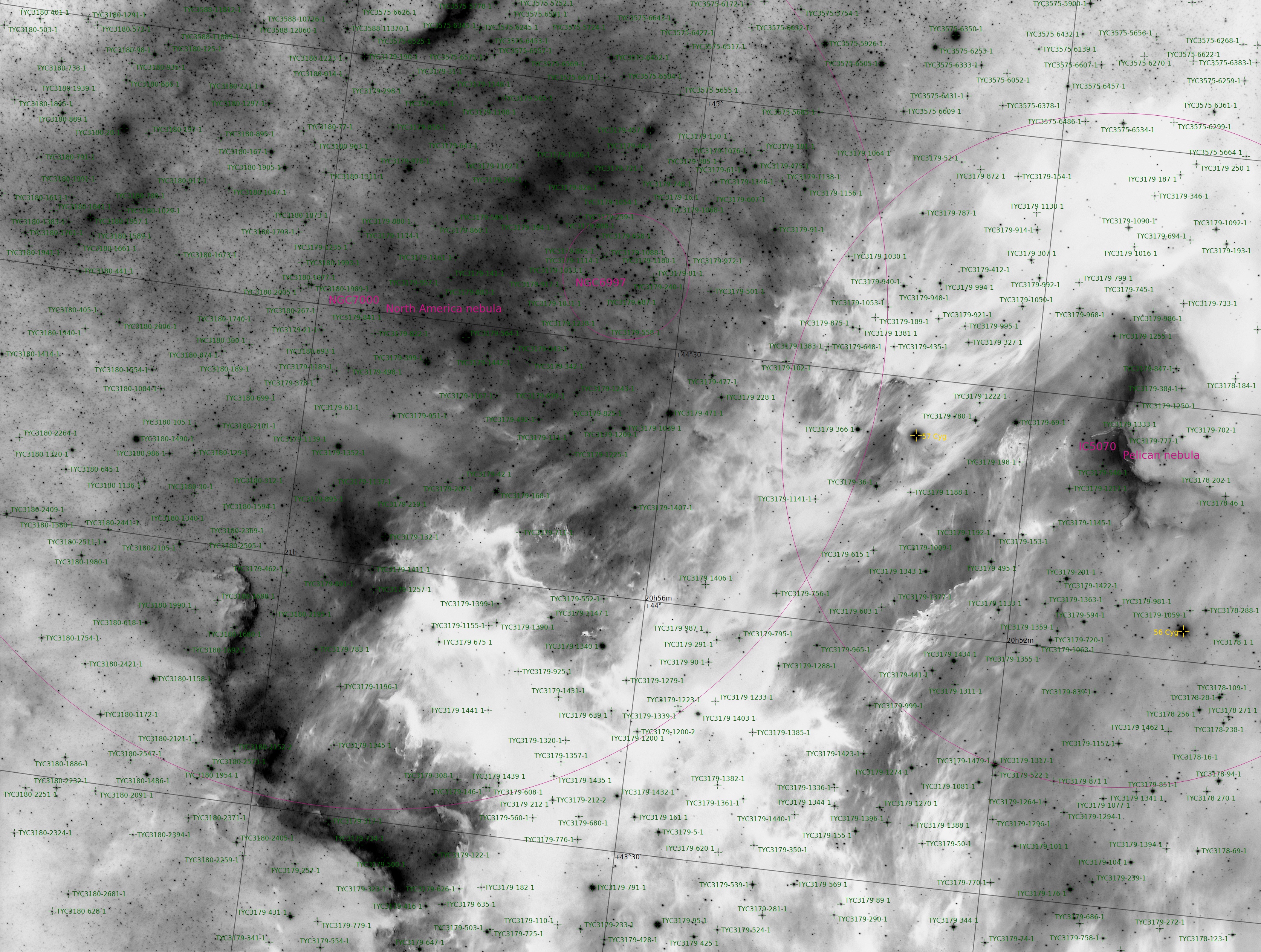 This deep image shows the region between two bright emission nebulae in the constellation Swan (Cygnus). These two nebulae are called North American Nebula (NGC 7000) and Pelican Nebula (IC 5070) after their outer shape. The two reddish nebulae are located at a distance of about 2,000 light years. They are not separate objects. They are part of a single HII region, a huge cloud of ionized hydrogen with about 5,000 solar masses, which glows red. This spectral line with a wavelength of 656 nanometers is called the H-alpha line. The image above consists of a superimposition of an image in H-alpha combined with another image in the colors familiar to our eye (RGB). The energy with which makes the hydrogen gas glow probably comes from only one star, named 2MASS J205551.25+435224.6. Behind this cryptic name, essentially just the celestial coordinates are hidden. It is a star with 13.5 mag brightness. So it is by far not bright enough to be seen with the naked eye.

The star has the right distance and characteristics to be considered as a source of strong UV radiation which ionizes the hydrogen gas and allows the reddish glow of the HII region. Strictly speaking, it is a blue O5V star, i.e. a star that, like our Sun, fuses hydrogen to helium, but has a surface temperature of 42,000° Celsius, thus reaching 400,000 times the luminosity of our Sun. With this intense luminosity it floods its surroundings with high-energy UV photons. It owes this enormous radiant power to its huge mass, which is sixty times greater than that of our sun. Both nebulae are part of a much larger molecular cloud of about 50,000 solar masses. In its dense areas it appears as a dark cloud named LDN. Here the dust is so dense that it hides the light of the stars behind it, thus forming the black "Gulf of Mexico". The distribution of the dense dust ultimately determines the characteristic outer shapes of the North America and Pelican Nebula.

In dense cold molecular clouds like LDN 935 new stars are formed. They form almost simultaneously in so-called open star clusters. Astronomers could already detect nine open star clusters in the dense dust with infrared telescopes, most of them in the "Gulf of Mexico". A very nice example of an open star cluster is also shown in the top of the image. This beautiful cluster of young stars, NGC 6997, does not belong to this large molecular cloud, but is an object another two hundred light-years away.