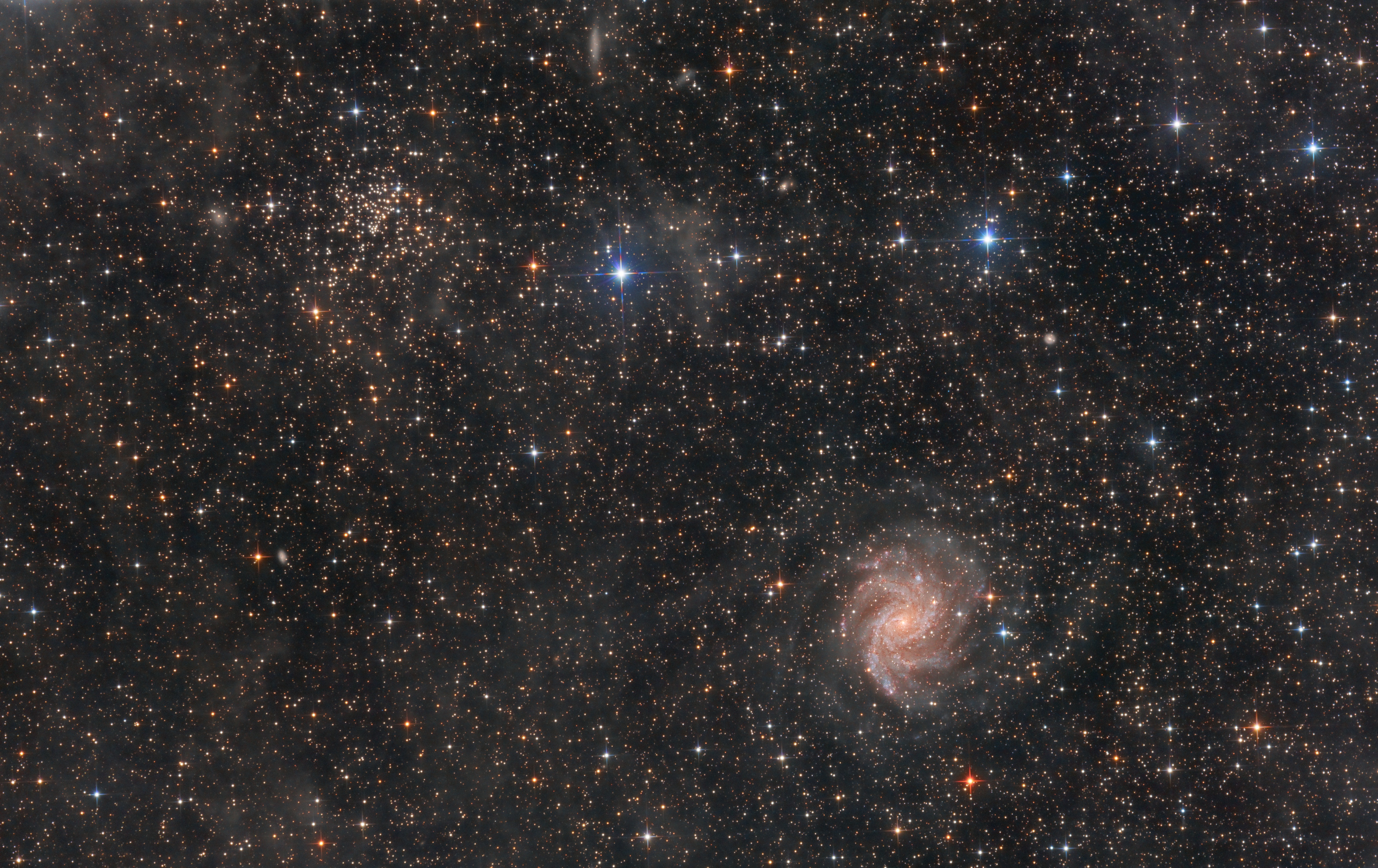 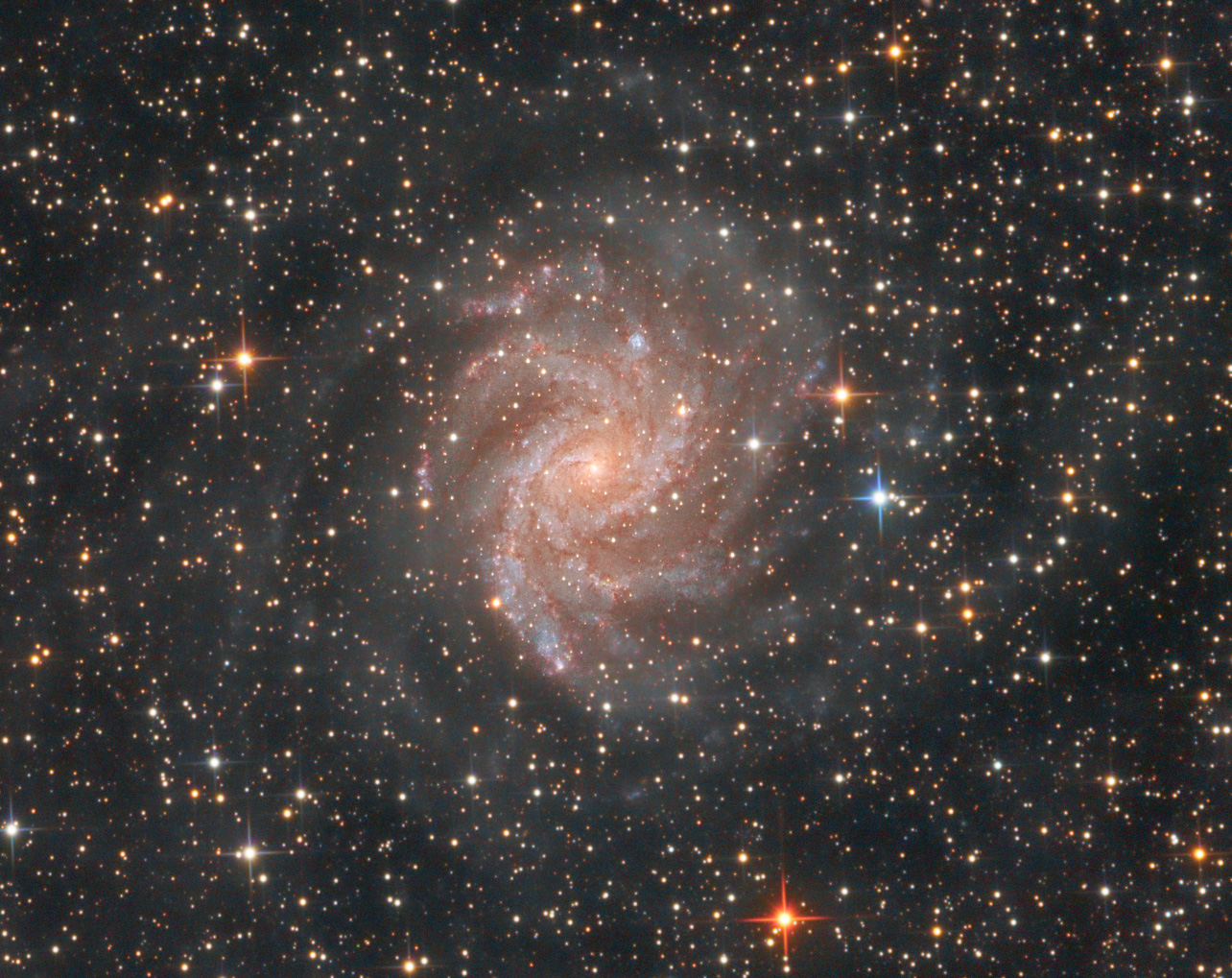 Zoom on the galaxy NGC 6946 - The Fireworks Galaxy 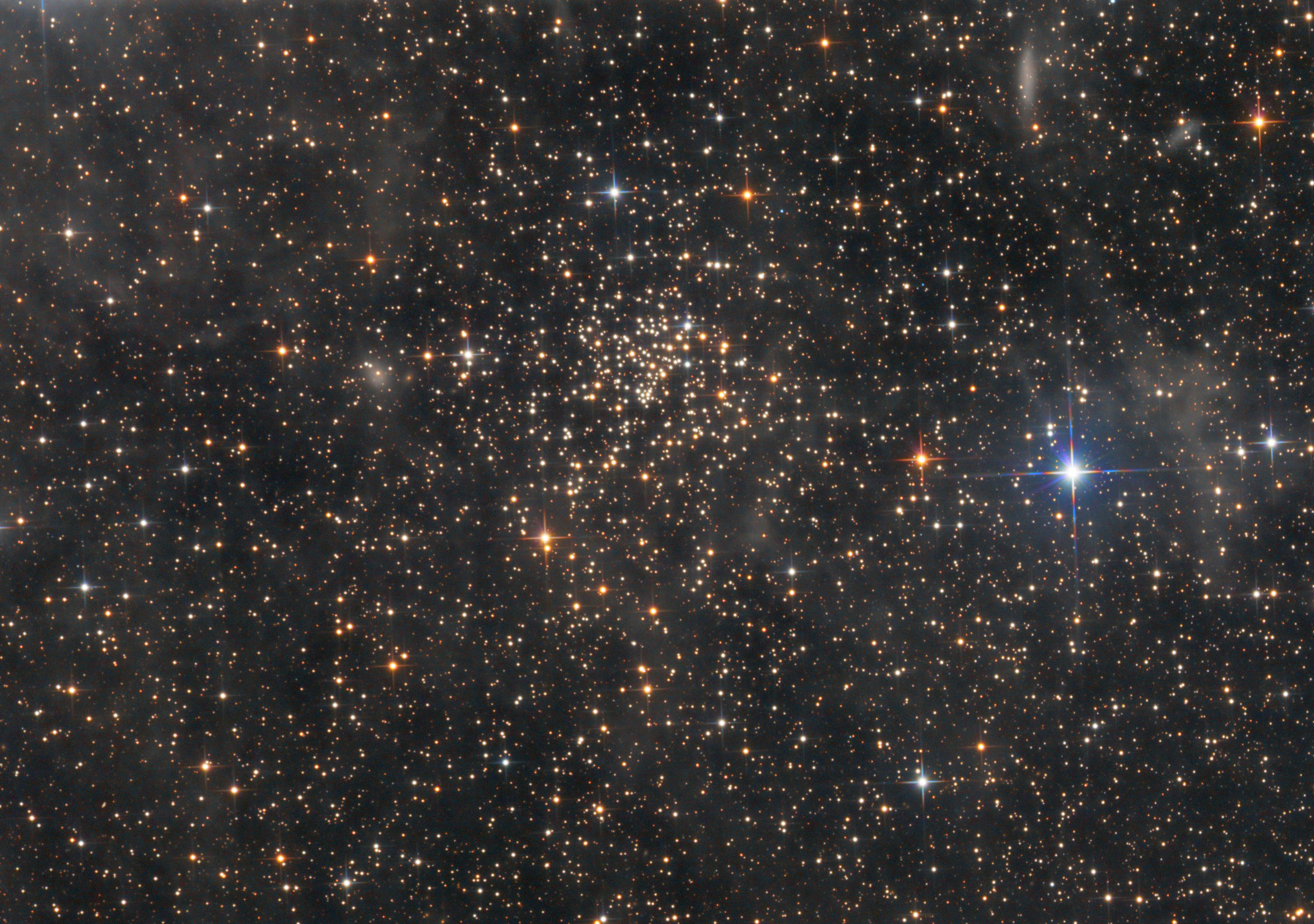 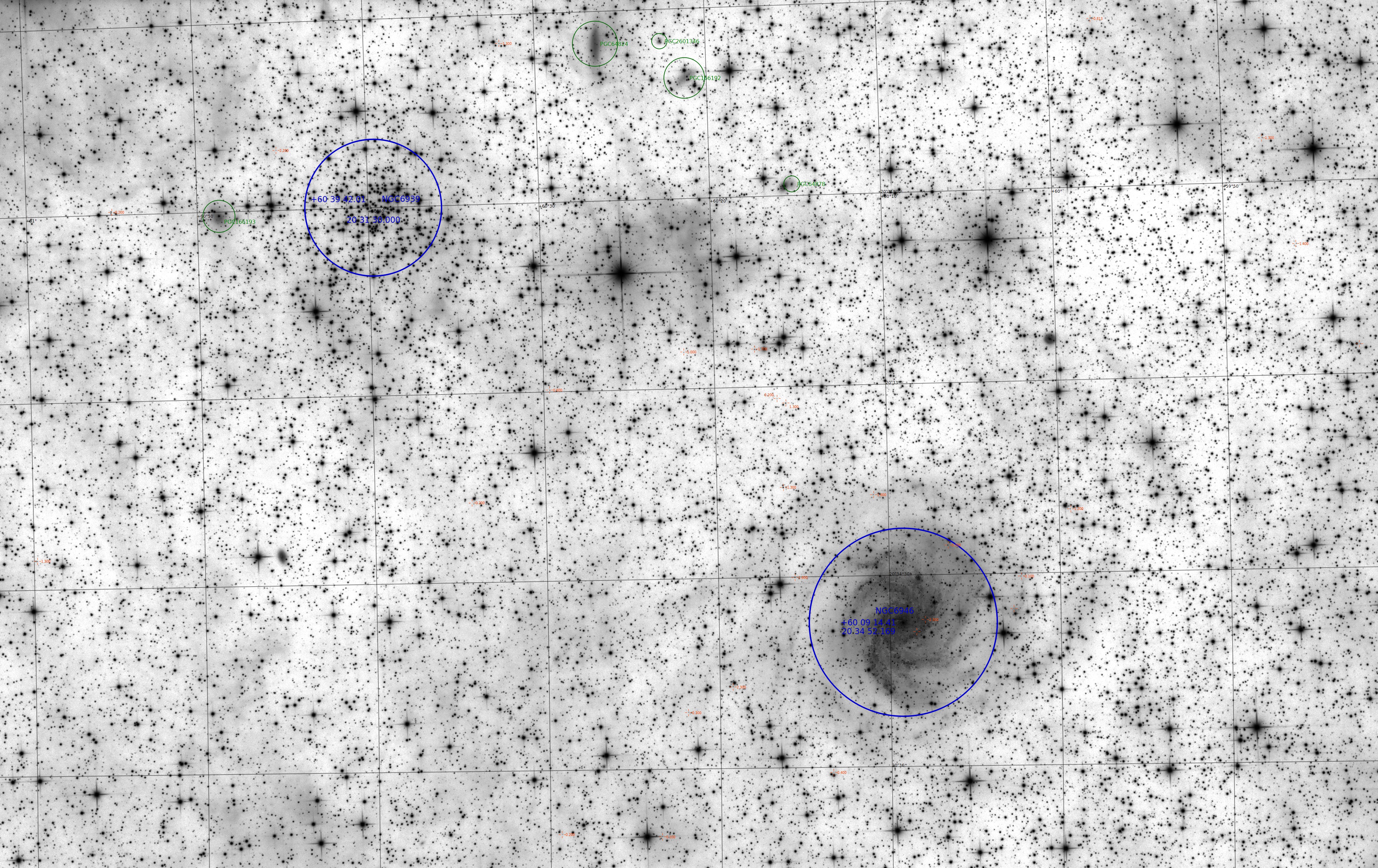 An inverted, annotated view of the objects

NGC 6946, also called the fireworks galaxy is one few major galaxies visible from the northern hemisphere in summer. It resides in the constellation Cepheus close to the border with Cygnus. NGC 6946 inherits its name from the very high frequency of Supernovae observed in this Galaxy, 10 Supernovae in the last century alone, a real cosmic firework!

Supernovae SNe are a violet phenomenon, that can roughly be divided into two classes by their observational signature that also relates to the underlying physical processes. SNe Type II, also called "Core Collapse SNe" have visible hydrogen lines observed in their spectra and occur at the last stage of stellar evolution. When the Core of a massive star has burned through its last fuel, it collapses under its own gravity and then explodes by triggering violent nuclear fusion processes. SNe Type Ia are generated from binary systems of a white dwarf and a giant star. The White Dwarf accretes matter from its partner and grows in mass, however nuclear physics sets a limit to its mass, the Chandrasekhar limit of ~ 1.4 solar masses. Once this is reached, the Dwarf collapses and violently explodes. Since a White Dwarf is a burned out core of an old star, It is devoid of Hydrogen and thus doesn't produce a hydrogen signature in its spectrum.

Another peculiarity of this Galaxy is its low galactic latitude, very close to the galactic disc. Therefore it is hidden behind large amounts of interstellar dust obscuring the view. Blue light is scattered stronger than red light, therefore the color of this galaxy has a strong red-orange hue and deviates from what you would expect from a normal spiral galaxy of this evolution type. When conducting scientific research, one has to measure the dust content in the line-of-sight and take this effect into account in order to correct data.

NGC 6939 is a dense, Open Cluster in our own galaxy. At a distance of 1kp, it is relatively close and can be resolved into individual stars. Photometric measurements estimate the age of this cluster to be about 1 Gyr.