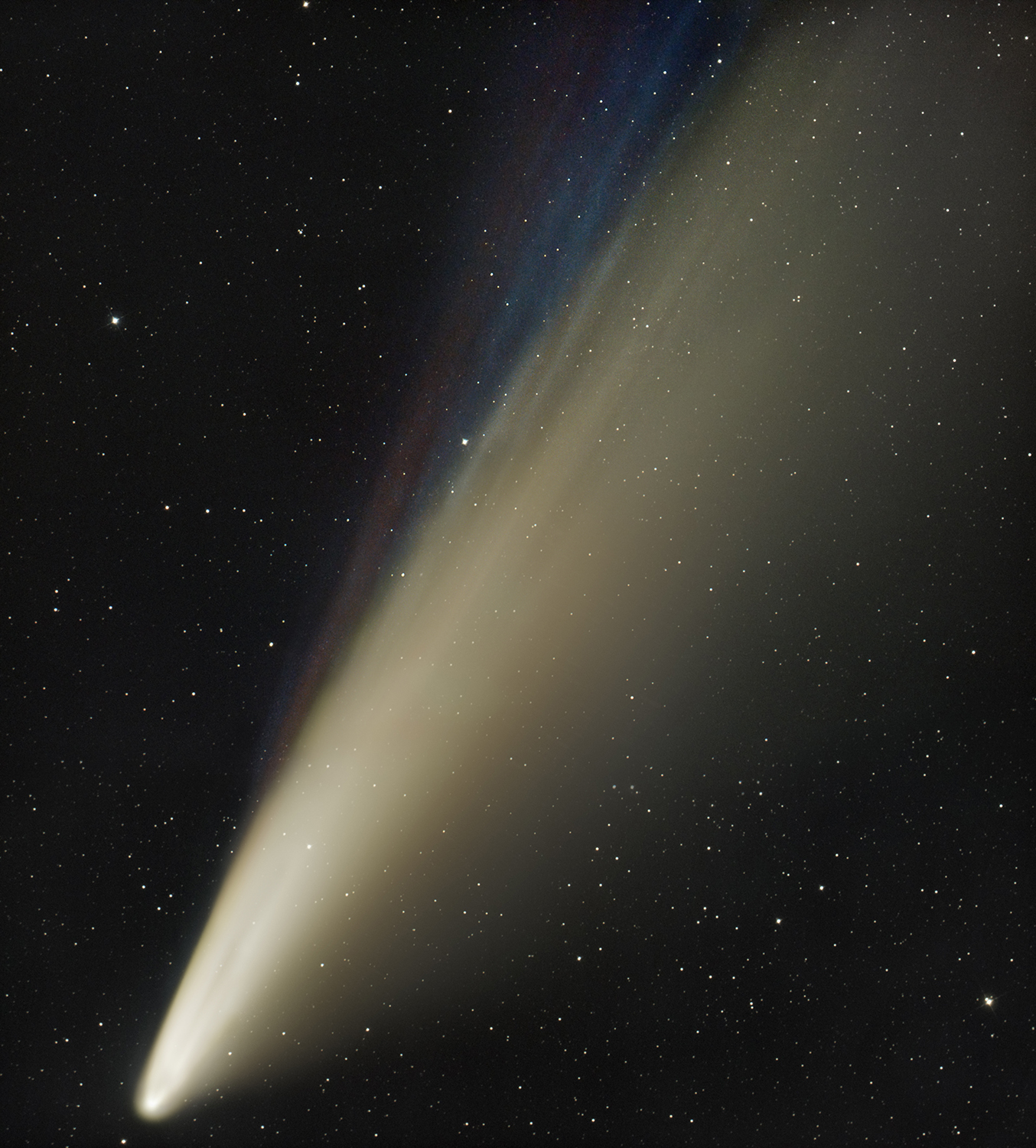 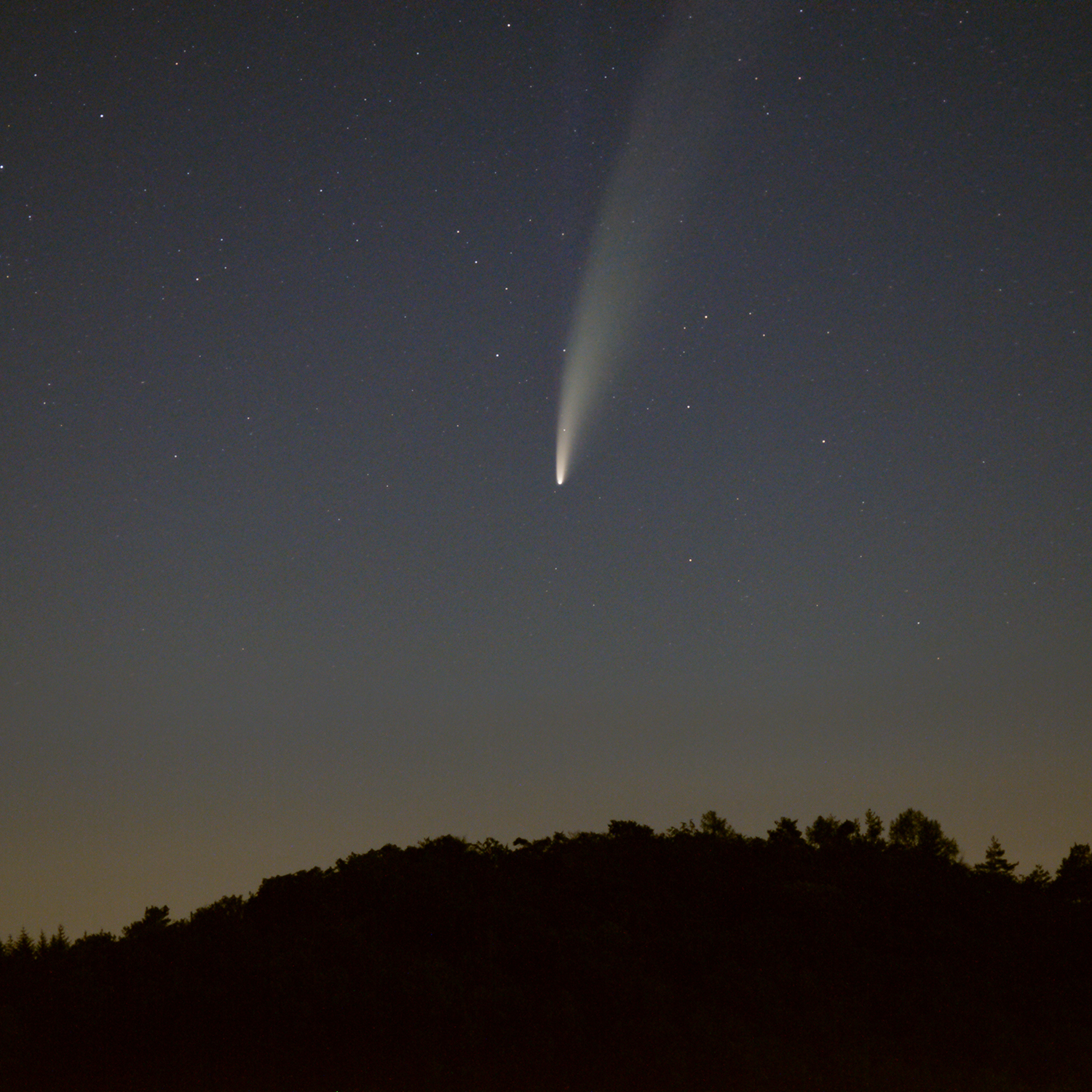 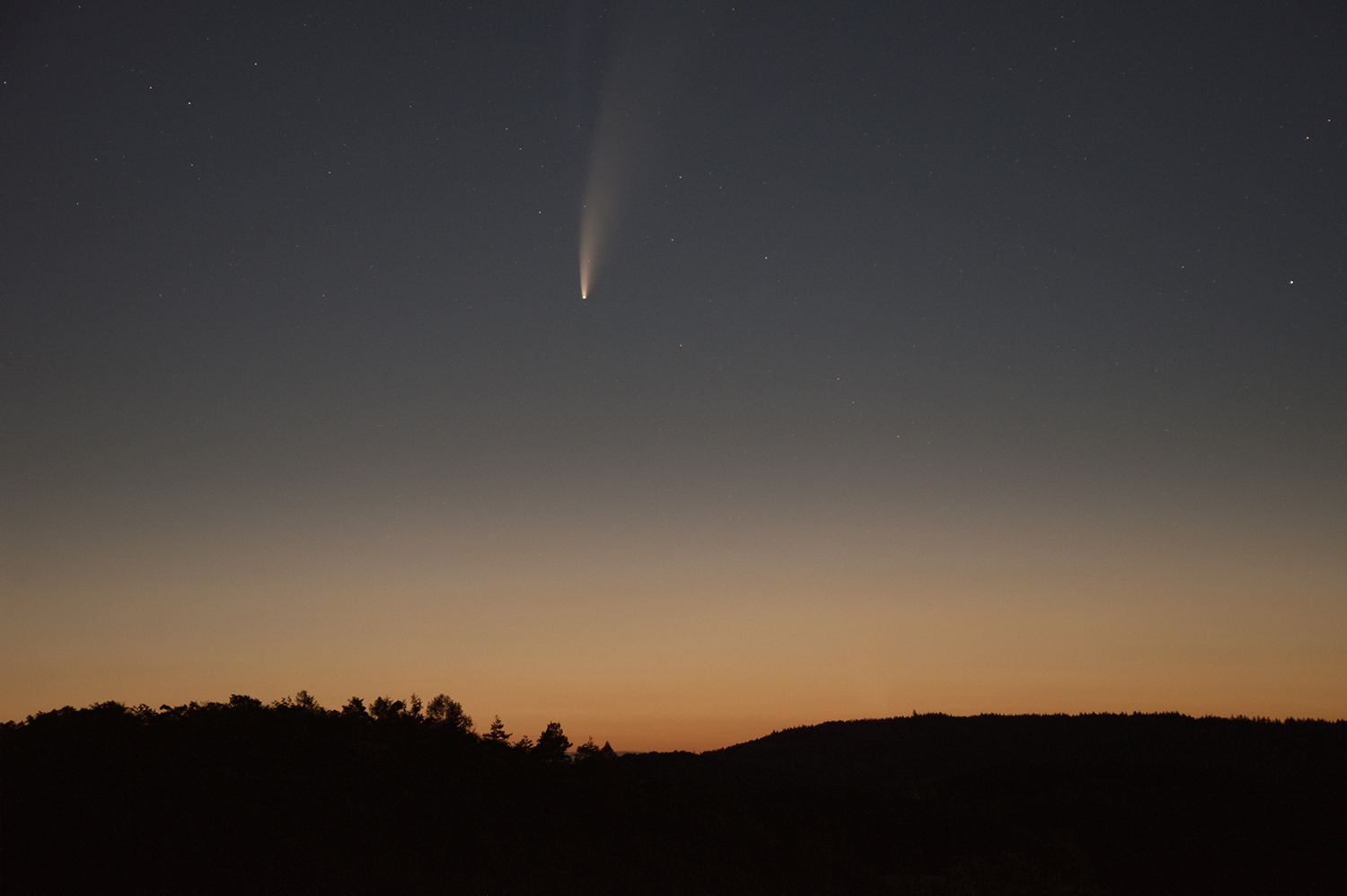 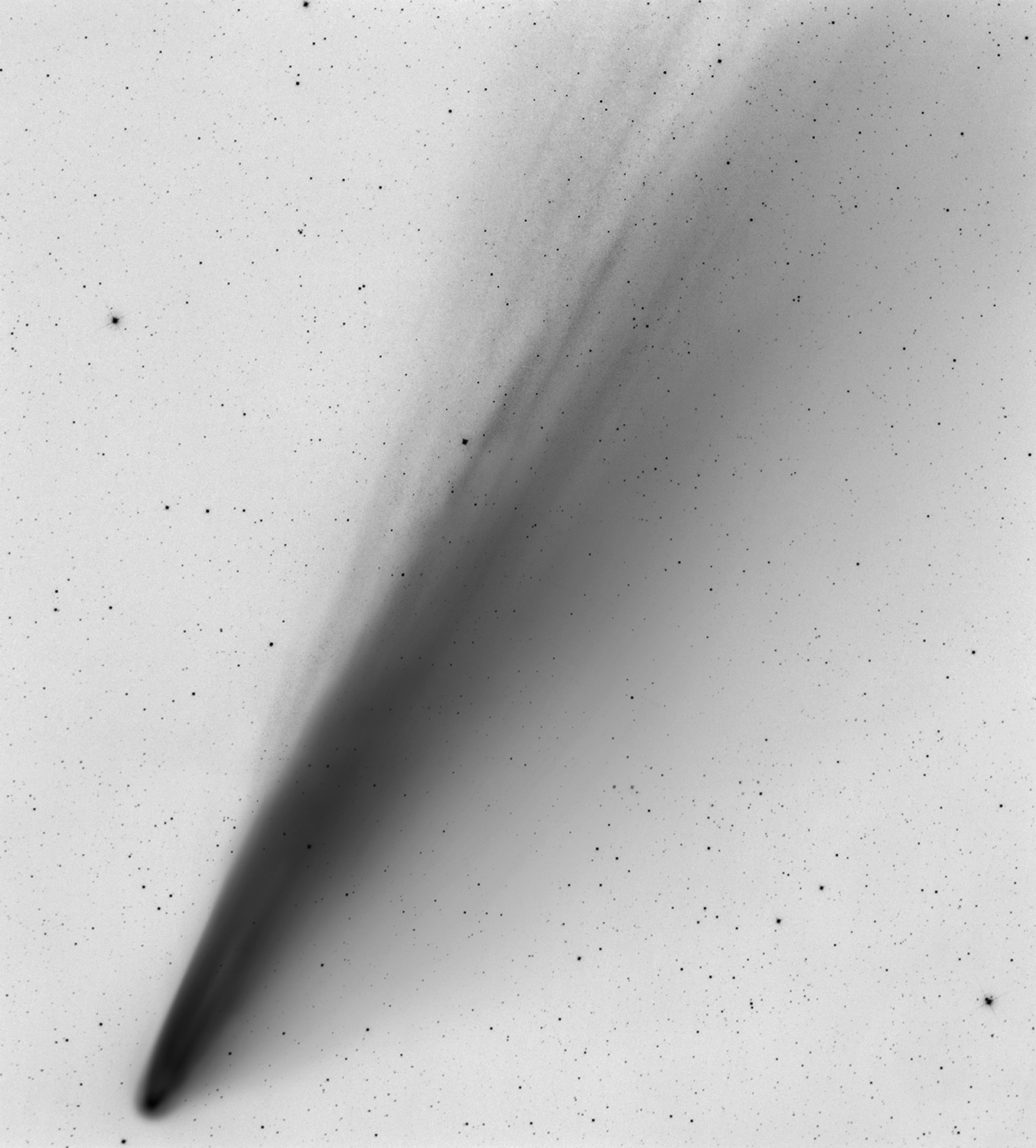 The comet C/2020 F3 (NEOWISE) was discovered in March 2020 by a space probe named NEOWISE. On 03 July 2020 Neowise passed the point of its orbit closest to the sun, the so-called perihelion. Since then it has been moving away from it again. On 23 July the comet came within 103 million kilometers of our Earth. Especially the first image of the comet shows that it has formed a second bluish tail in addition to the whitish comet tail. Before a tail can develop at all, the comet must come relatively close to the sun. Actually, a comet like NEOWISE spends most of its existence in the icy cold of a great distance from the sun beyond the orbit of Neptune. The C in its name refers to this circumstance. The C receive non-periodic comets with an orbital period of over 200 years. For comparison: The Neptune year lasts 165 earth years.

Comets are dirty snowballs. When a comet - for whatever reason - crashes towards the sun, its icy components sublimate: Ice suddenly turns into gas that carries away dust particles. At about the distance of Jupiter, a cloud of gas and dust - called a coma - forms around the comet nucleus, which is actually only a few kilometers in size. When the solar wind and solar radiation hit this coma, the particles are entrained. A tail is formed. By the way: Ice here means not only water ice, but also frozen ammonia, methane, carbon monoxide, carbon dioxide, methanol, ethane, hydrogen sulfide and other substances that are not solid substances at the distance of our earth from the sun. There are two different mechanisms for the formation of the tail: The pressure of solar radiation (light pressure) slowly sets the dust particles in motion and forms the dust tail. The inert mass of the dust particles also gives them an impulse in the direction of the original orbit of the comet. Therefore the dust tail is curved.

The bluish plasma tail - also called ion tail - is not produced by light, but by the solar wind. The solar wind is a stream of particles, mainly protons, electrons and helium nuclei (alpha particles). This wind of charged particles carries solar magnetic fields. The intense UV radiation of our sun ionizes the gas in the coma, i.e. electrons are torn from the gas molecules. The electrically charged molecules are torn out of the coma by the magnetic field of the solar wind by following the magnetic field lines and thus form the plasma tail. Since the molecules are much lighter than the dust, they shoot away from the halo at hundreds of kilometers per second. The plasma tail is therefore straight and directly facing the sun. With each perihelion passage, a comet loses about 0.1% of its volatile substances. The dust tail of comet C/2020 F3 (NEOWISE) shows a strange fork at its base - the halo of the comet.