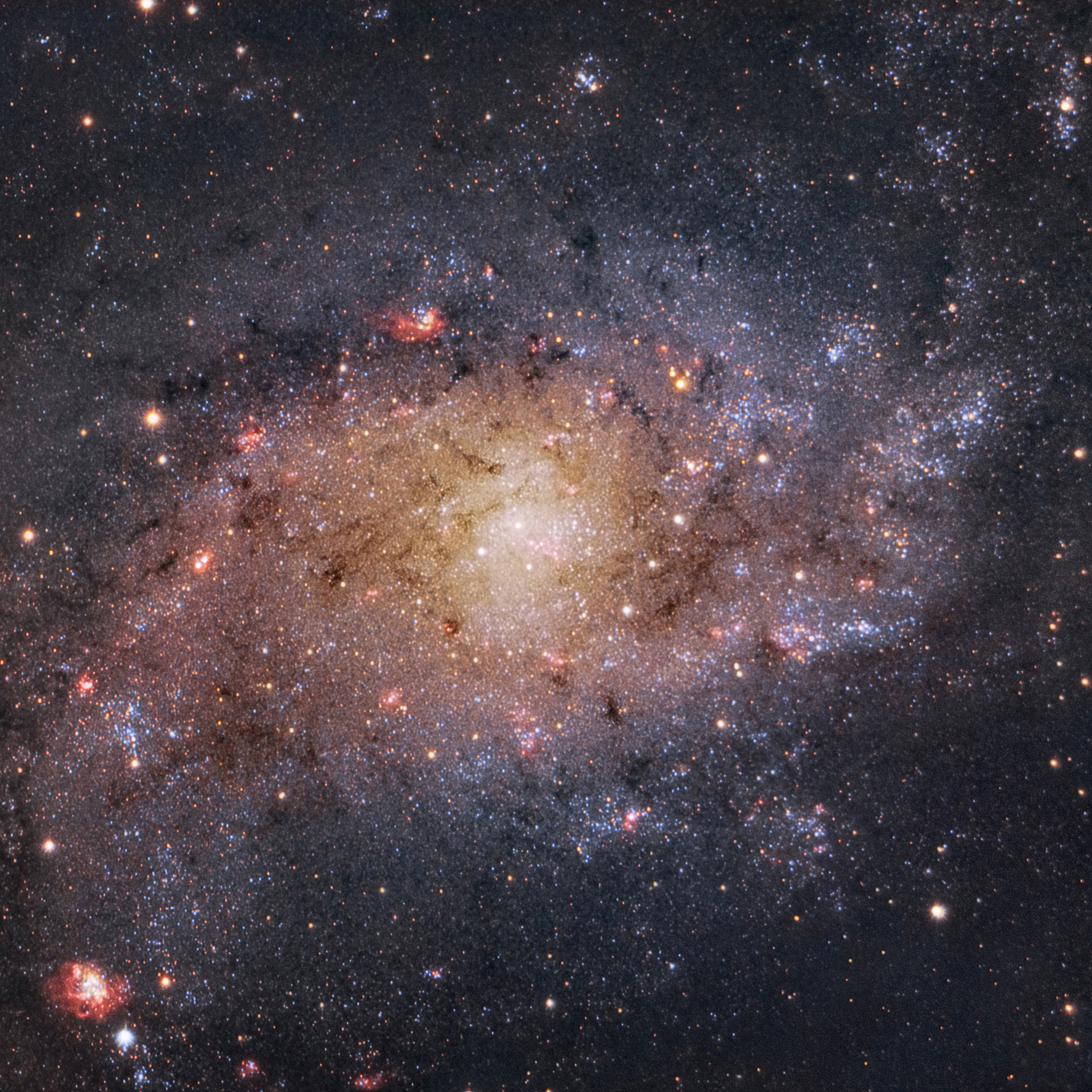 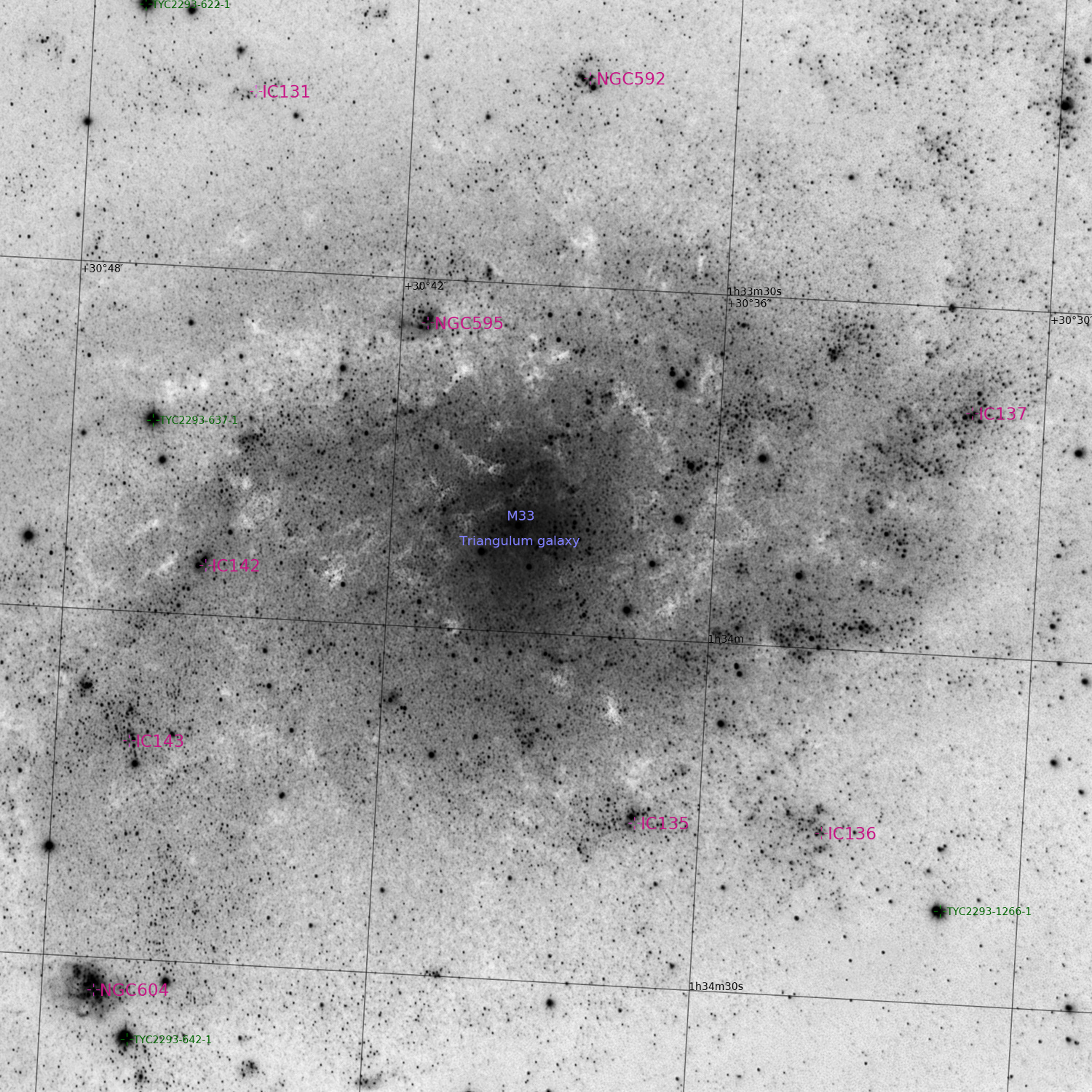 This galaxy really does not look triangular! Its name comes from its position in the constellation Triangle (Latin Triangulum). The “M” in M 33 stands for Charles Messier, who discovered the galaxy on 25.8.1764 and included it in his catalog of nebulous objects. M33 is a spiral galaxy, i.e. a flat disk of stars, gas and dust that form spiral arms. Thus, it resembles in principle our own galaxy. However, there are also differences: With a disk diameter of 60,000 light-years, it is only half the size of our Milky Way and therefore contains only a tenth of the number of stars. Another difference to our Milky Way lies in the core area of the galaxy. While in the center of our Milky Way holds a supermassive black hole with three to four million solar masses, the core of M33 is rather inconspicuous. The upper mass limit for a black hole in M33 is "only" 3,000 solar masses. As a comparison, the largest known stellar black hole with 15.65 solar masses is located in one of M33s spiral arms. A stellar black hole, unlike the cores of a galaxy, is formed from a star.

The image shows dark dust bands, hot blue stars and red glowing hydrogen gas. The bubble-like structures are HII regions. In the lower left of the image a particularly large HII region is visible. It has its own NGC catalog number, NGC 604, and inside NGC 604 there is a young cluster of more than 200 stars, each of which clearly exceeds the mass of our Sun. Massive stars shine especially brightly by emitting high-energy UV radiation. Thus, the stars hollow out the region of NGC 604 and make the gas glow. NGC 604 resembles the well-known Orion Nebula of our Milky Way, but NGC 604 is much more massive: With a diameter of 1,500 light years, it is the largest known star formation region. It is as large as the Orion Nebula is away from us.

Speaking of distance: The triangular galaxy belongs to the so-called Local Group together with the Andromeda galaxy, which is located a bit further north. This means that these two galaxies form a gravitationally bound group of galaxies with our Milky Way. M33 is with 2.7 million light-years further away from us than the Andromeda galaxy. Visually the triangular galaxy is unfortunately a difficult object. Its surface brightness is so low that it drowns in the light-polluted sky. Under a dark mountain sky it is all the more impressive!