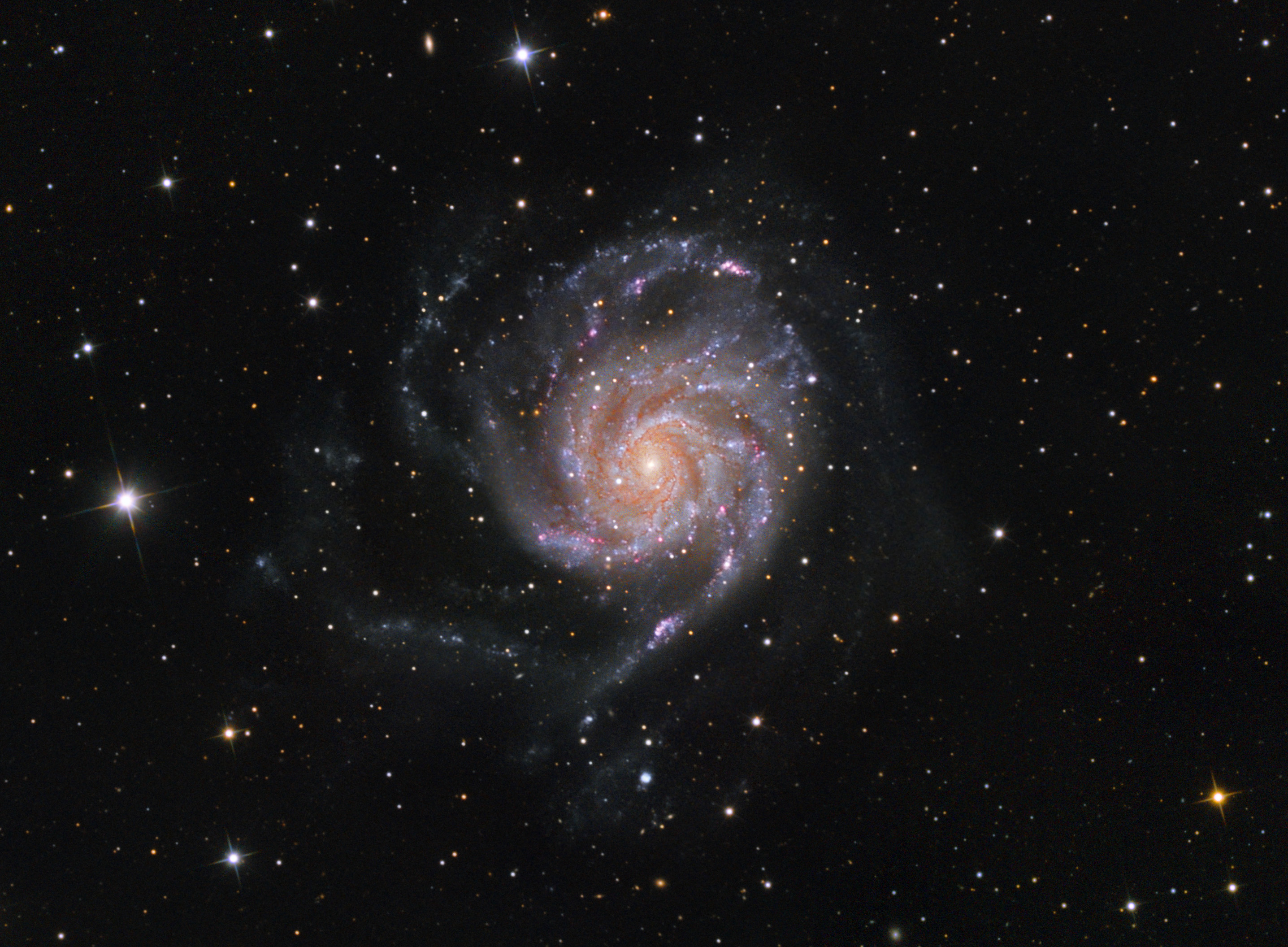 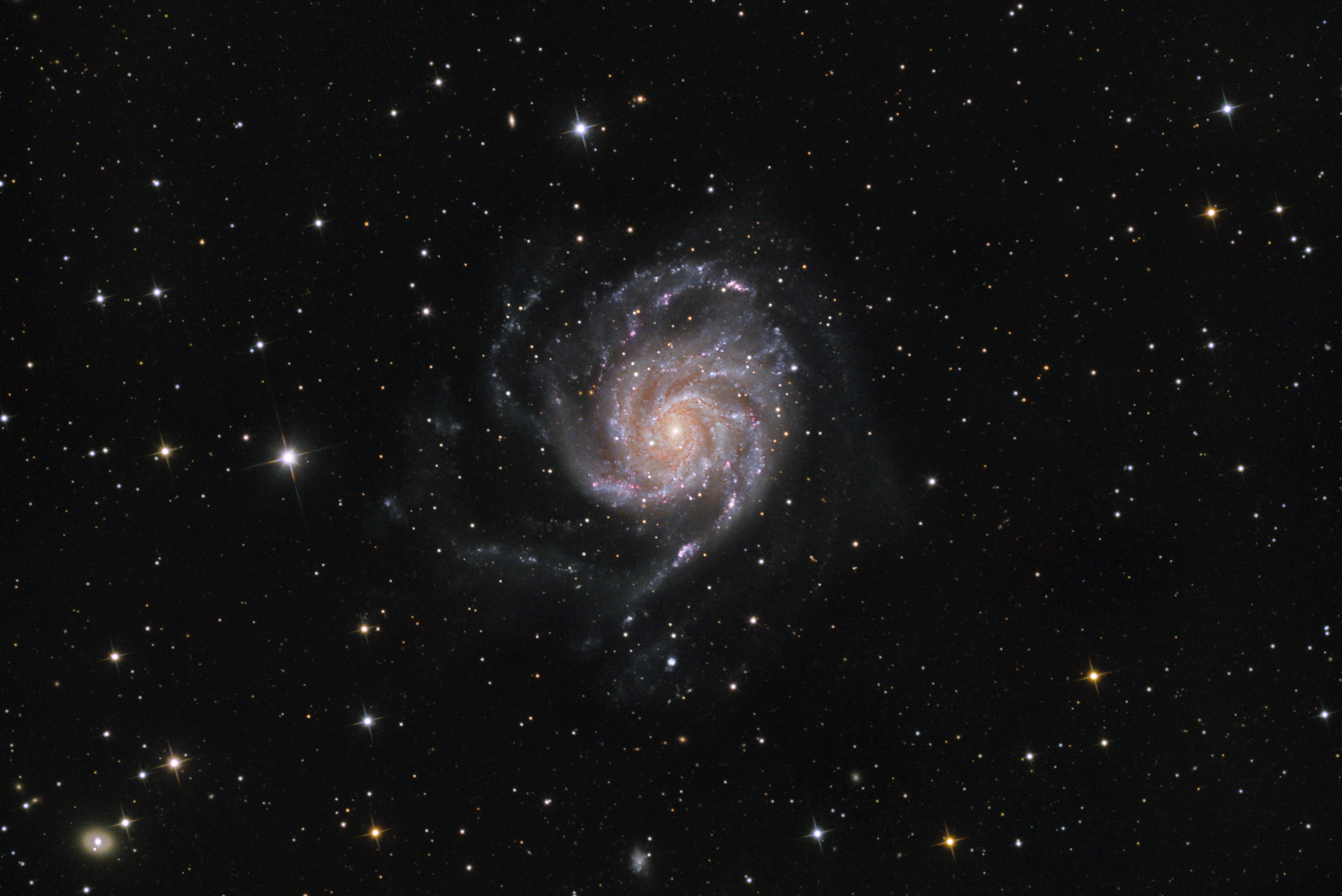 Galaxy embedded in a background of faint distant galaxy clusters 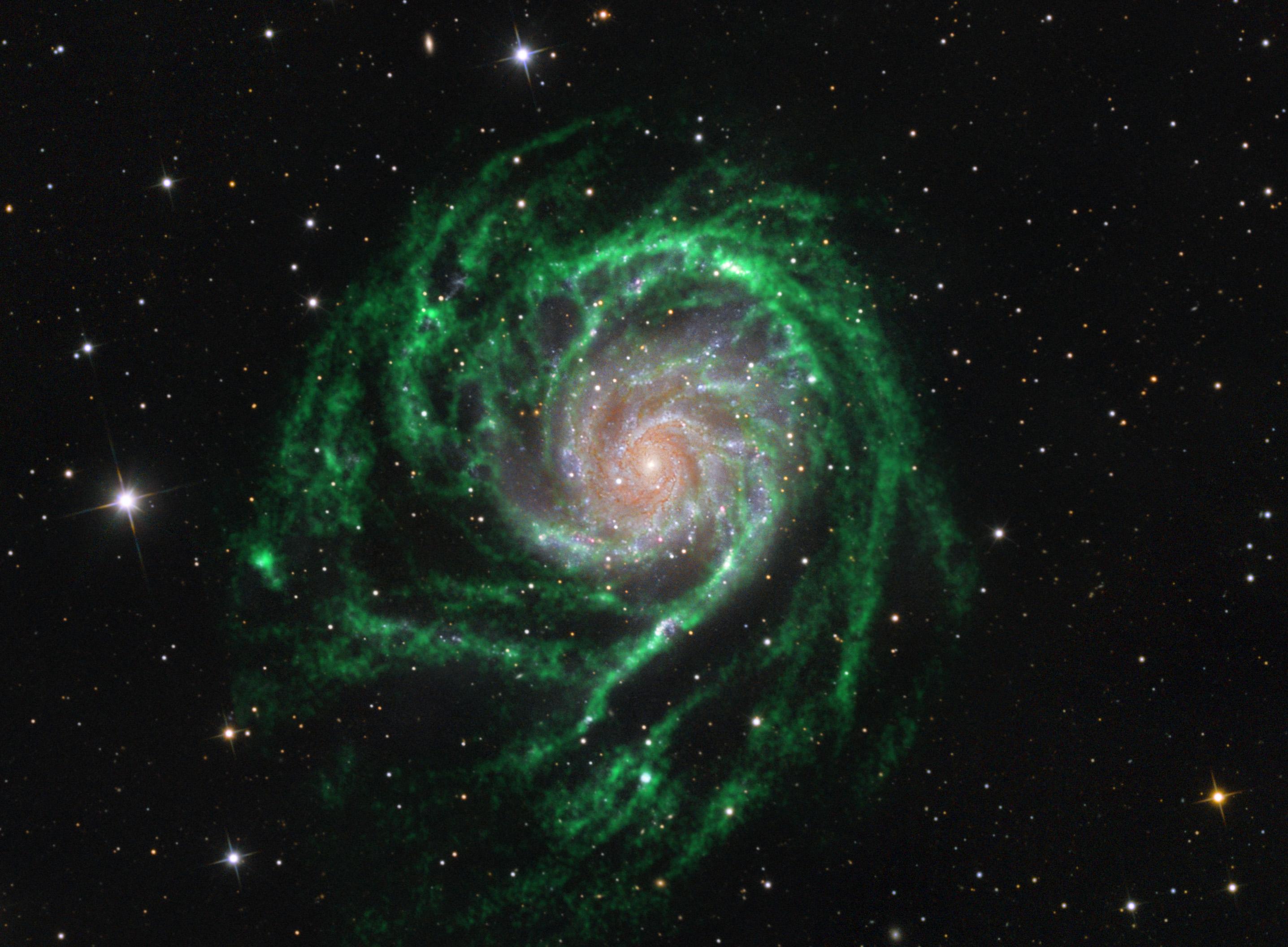 HI from the THINGS survey is overlayed in green 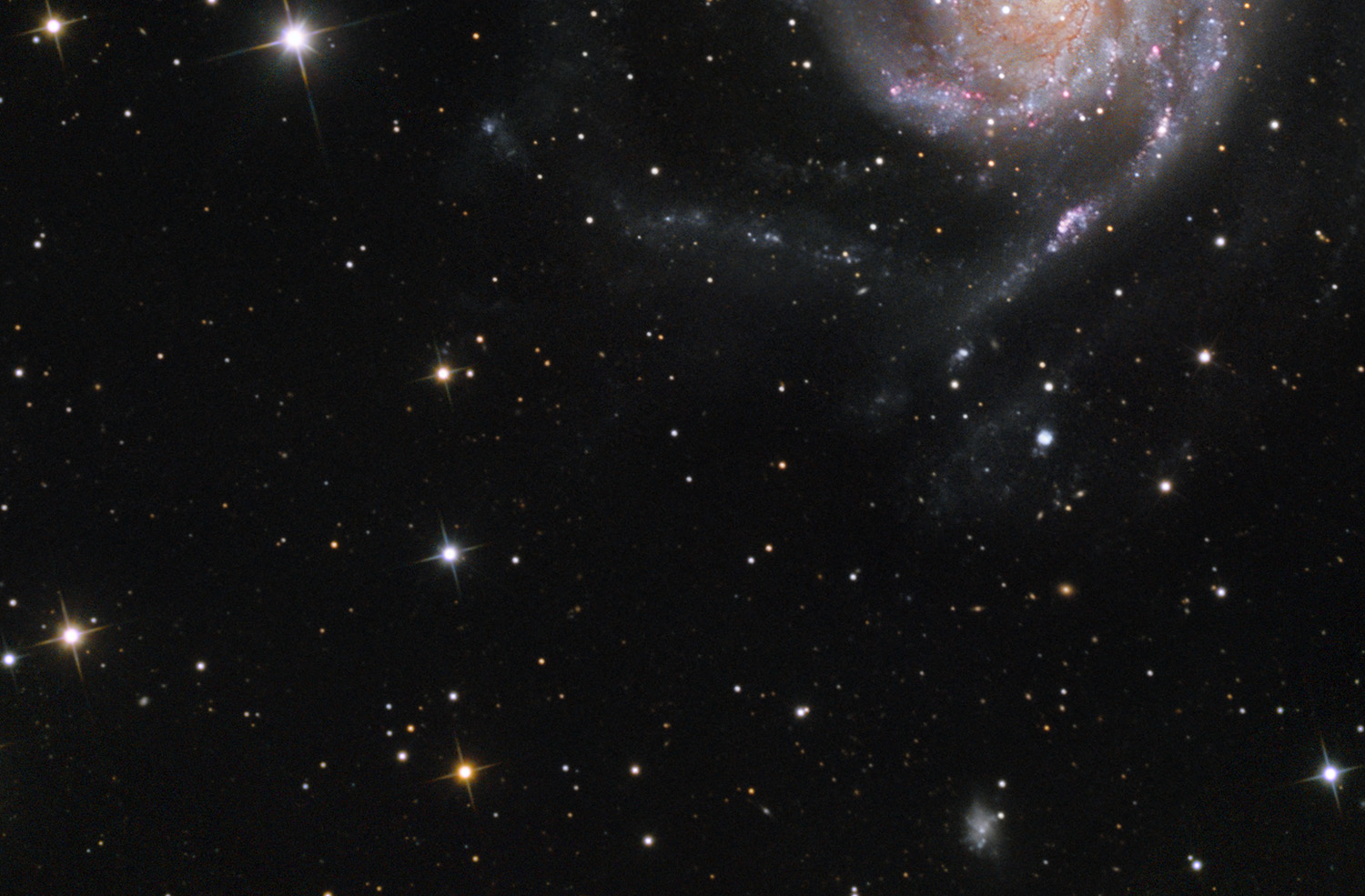 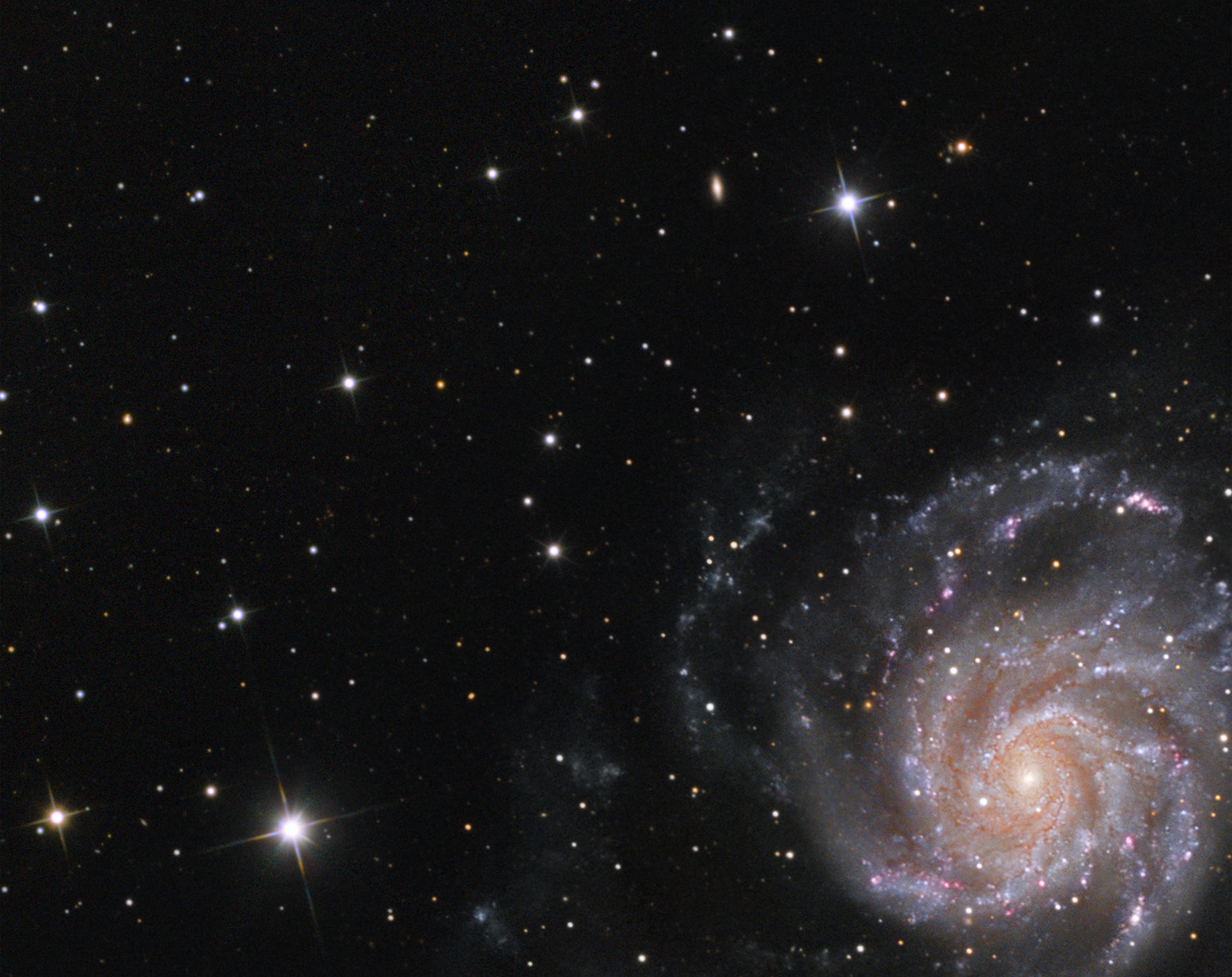 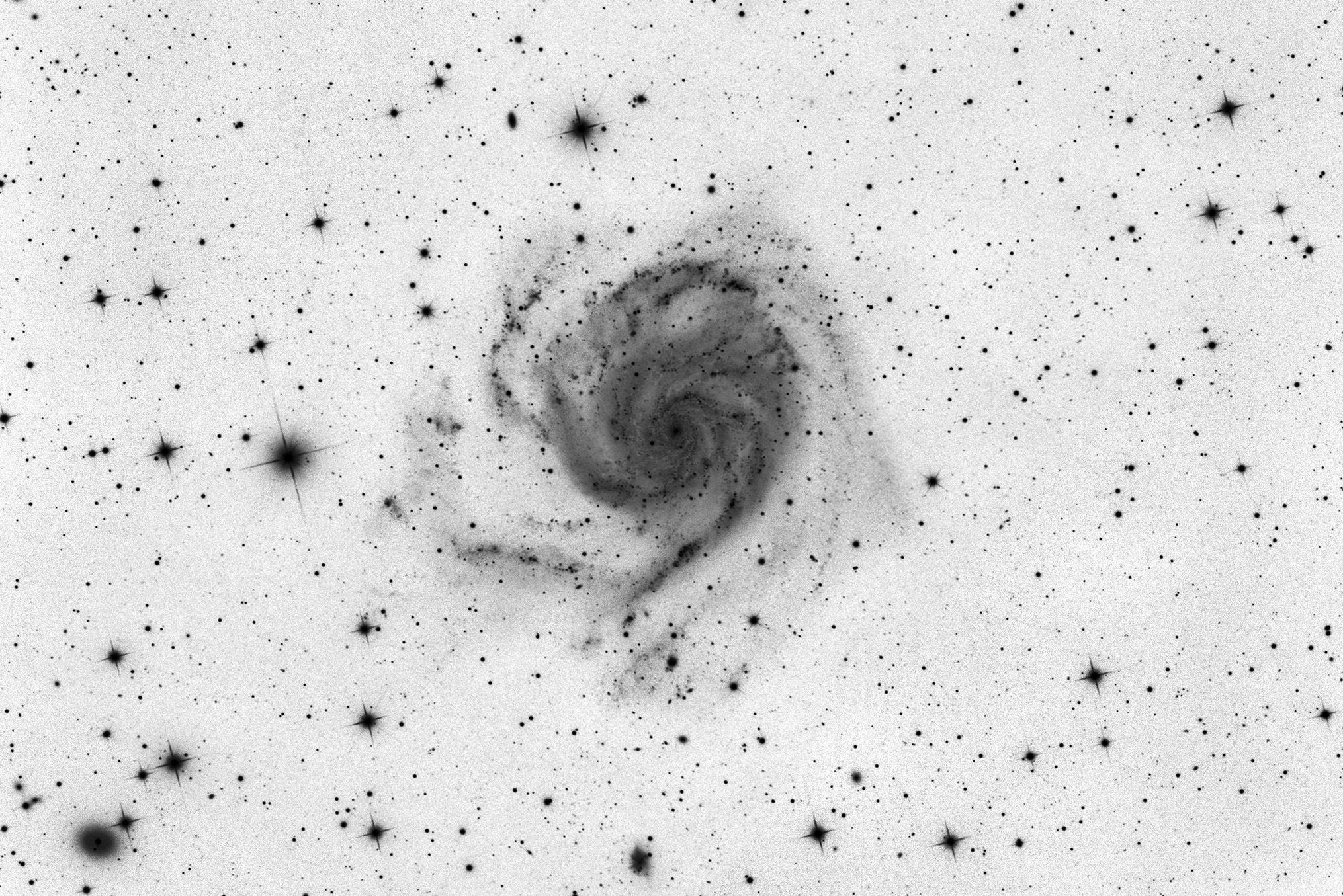 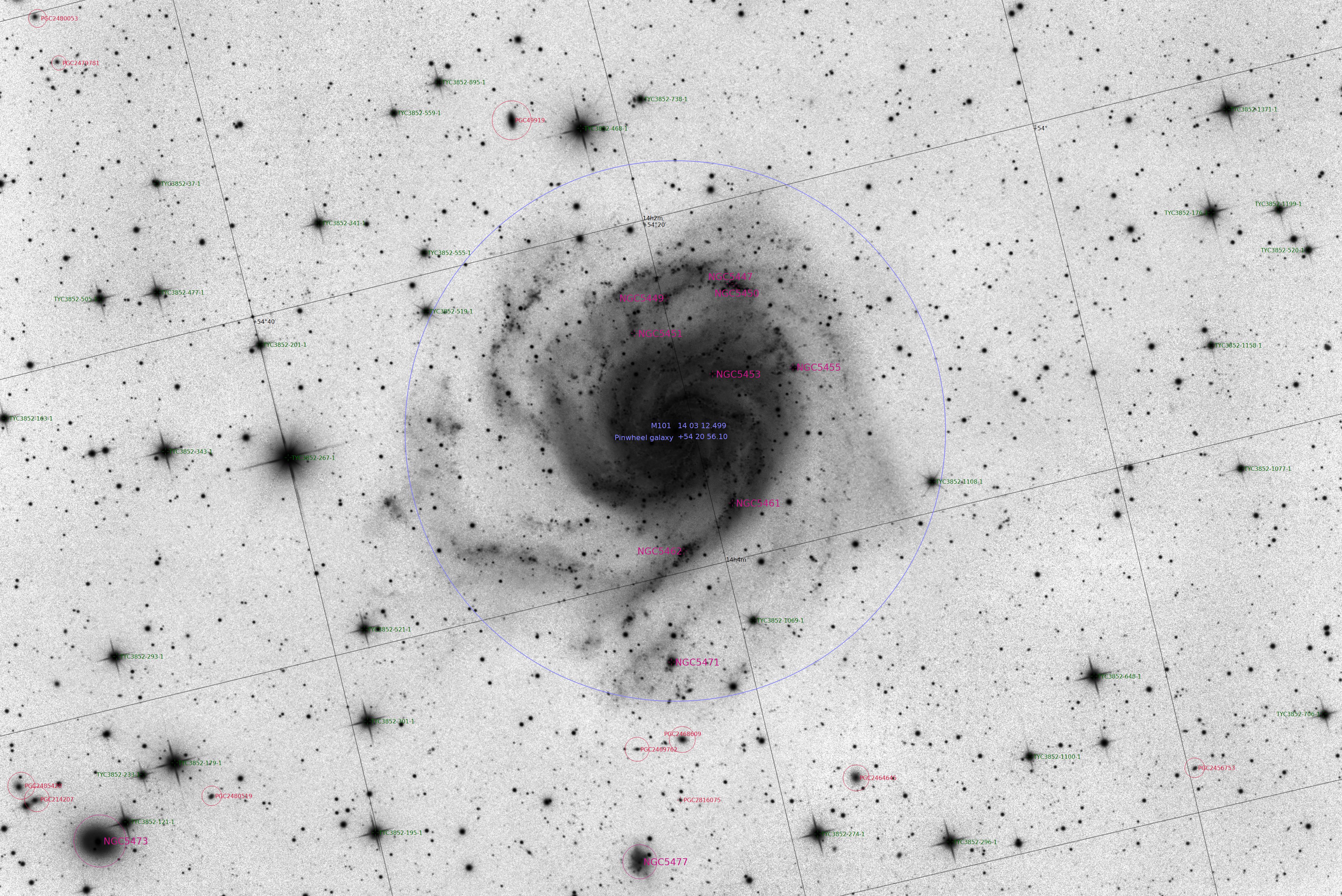 Like every spiral galaxy, this specimen of type Sc forms a flat disk. If we look at the disk of such a galaxy from the side, we cannot see the spiral structure. However, we are lucky in the case of the Pinwheel galaxy M 101. We can see the disk, which measures 184,000 light-years from above and can wonderfully recognize the structure of the galaxy with its core and spiral arms.

The galaxy, which is about 22 million light-years away, inherits its name to a whole group of galaxies, the M101 group. Like our own Local Group, this collection of galaxies belongs to the Virgo Supercluster. The companion galaxies of M 101 have their own names in the famous New General Catalogue (NGC), for example the spiral galaxy NGC 5204.

The gravitational effect of its companions leads to a high star formation rate in the Pinwheel Galaxy. This can be seen in star forming regions, which shine in red light of ionized hydrogen (therefore also called HII regions) and are giving the galaxy its name. In the telescope the huge star forming regions appear like small nodules, which clearly stand out from the spiral arms and carry their own NGC numbers.

Photographed from near Hamburg, Germany under Bortle 5 conditions.