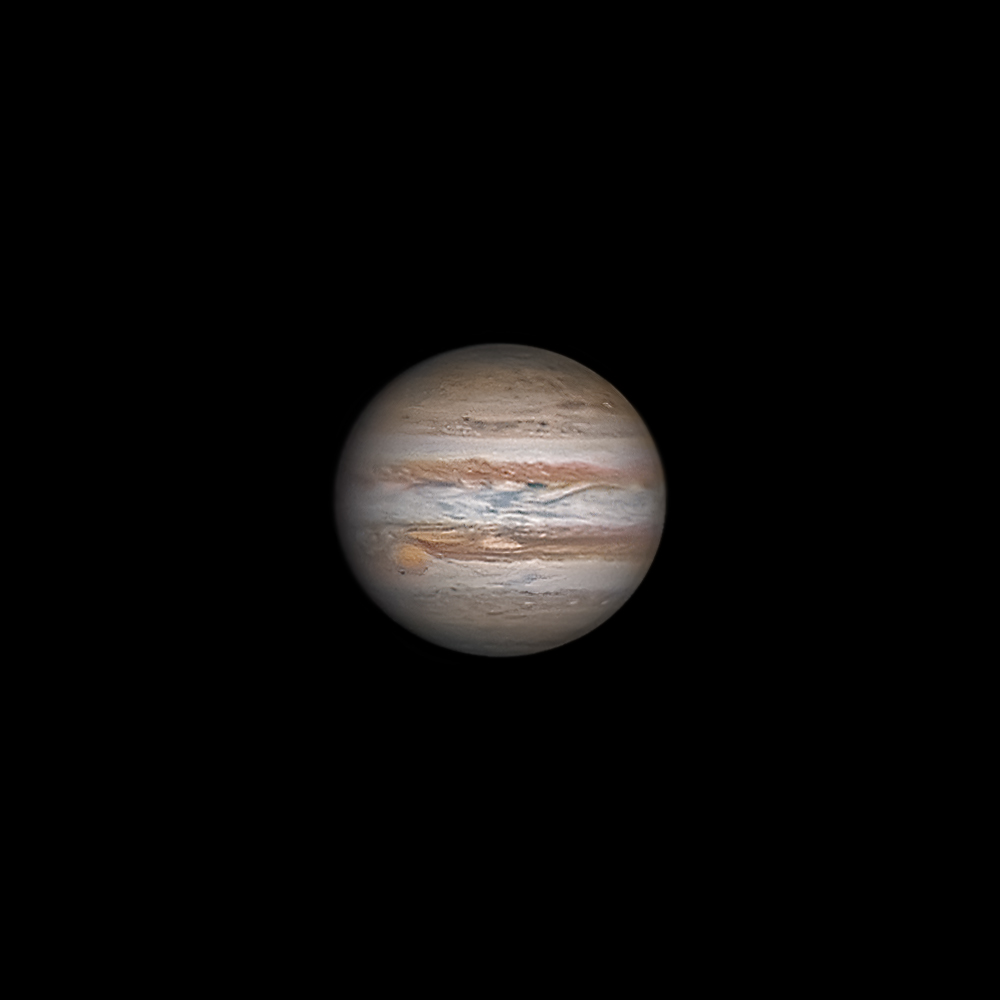 Jupiter with its Great Red Spot 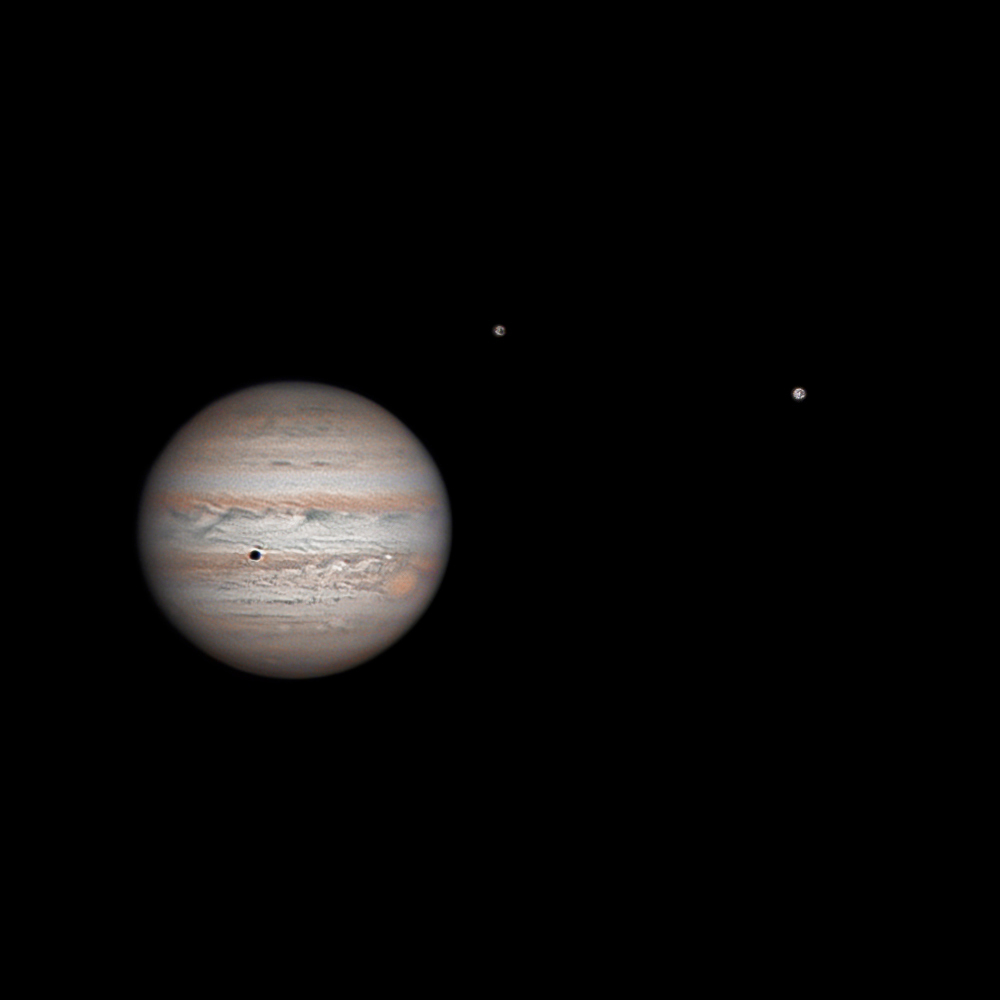 Jupiter with its moons Io, Callisto and Ganymed

Jupiter, supreme god of the Roman world of gods, is also the undisputed king among the planets of our solar system. Over 70% of the total planetary mass of our solar system is in this planet. The earth would fit into it more than thousand times. Thereby Jupiter is quite airy, because its average density is only 1.33 grams per cubic centimeter, our solid hard earth comes to 5.52 g/cm³. While our Earth is a rocky planet, Jupiter is a gas giant.

They are four moons orbiting Jupiter. They are called Galilean moons in honor of their discoverer. Three can be seen in the second image. We now know that Jupiter has over 60 moons, but these four are by far the largest, some larger than the planet Mercury. While Io has active volcanoes, Europa is covered by a brilliant white ice shell, under which there is probably a liquid ocean - fascinating worlds!

Galileo's four large moons move so fast around their planet that their positions change significantly from night to night, even within one night of observation. It was this fact, after all, that led Galileo to the conclusion that they are moons of Jupiter and that the Earth, supposedly sitting in the center of the universe, is not the only center of the circular motions. The moon's movements are especially well visible when they come close to Jupiter. In the second image for example there was a so-called passage of Io. The shadow of Io can be seen on the planets surface.