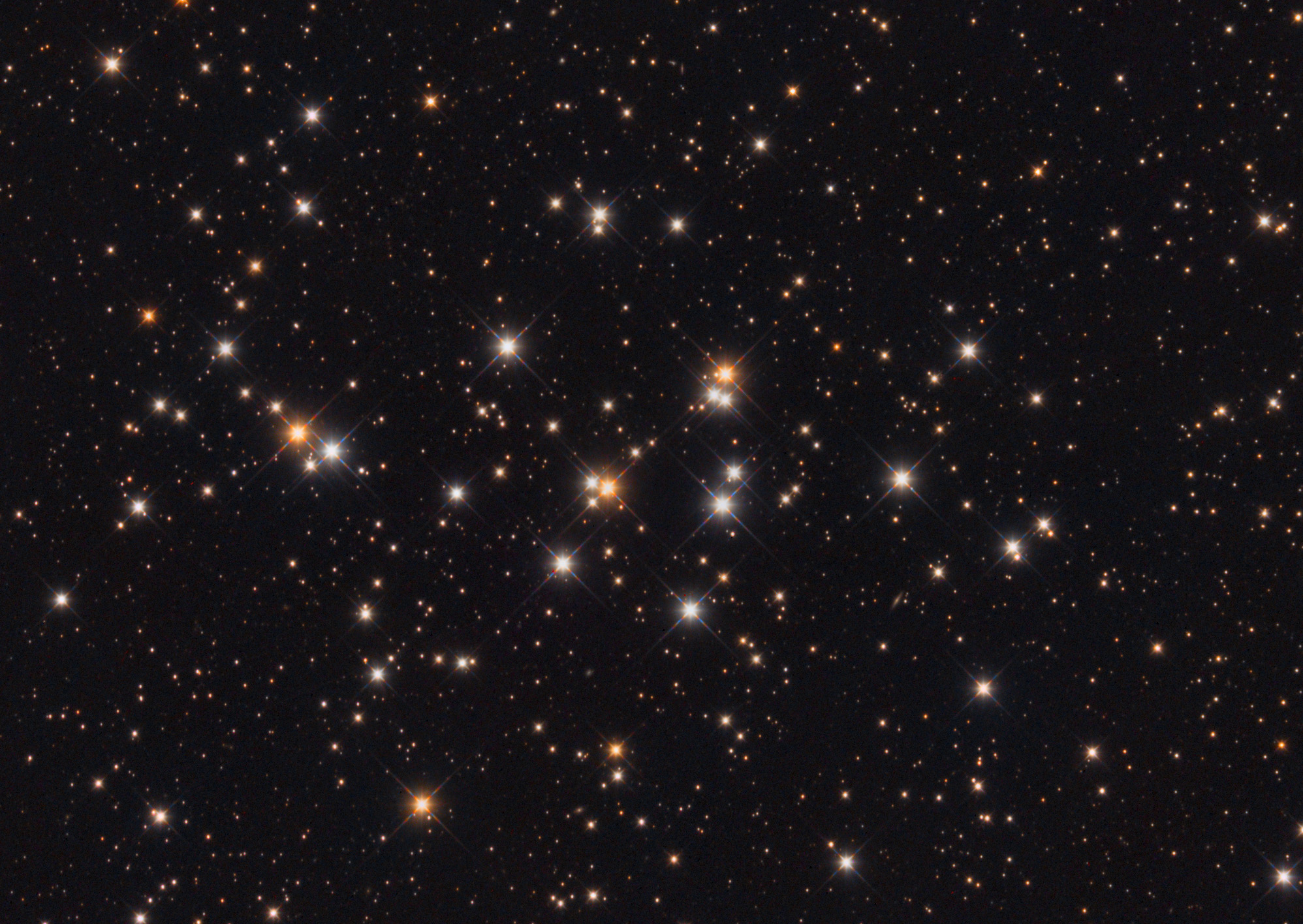 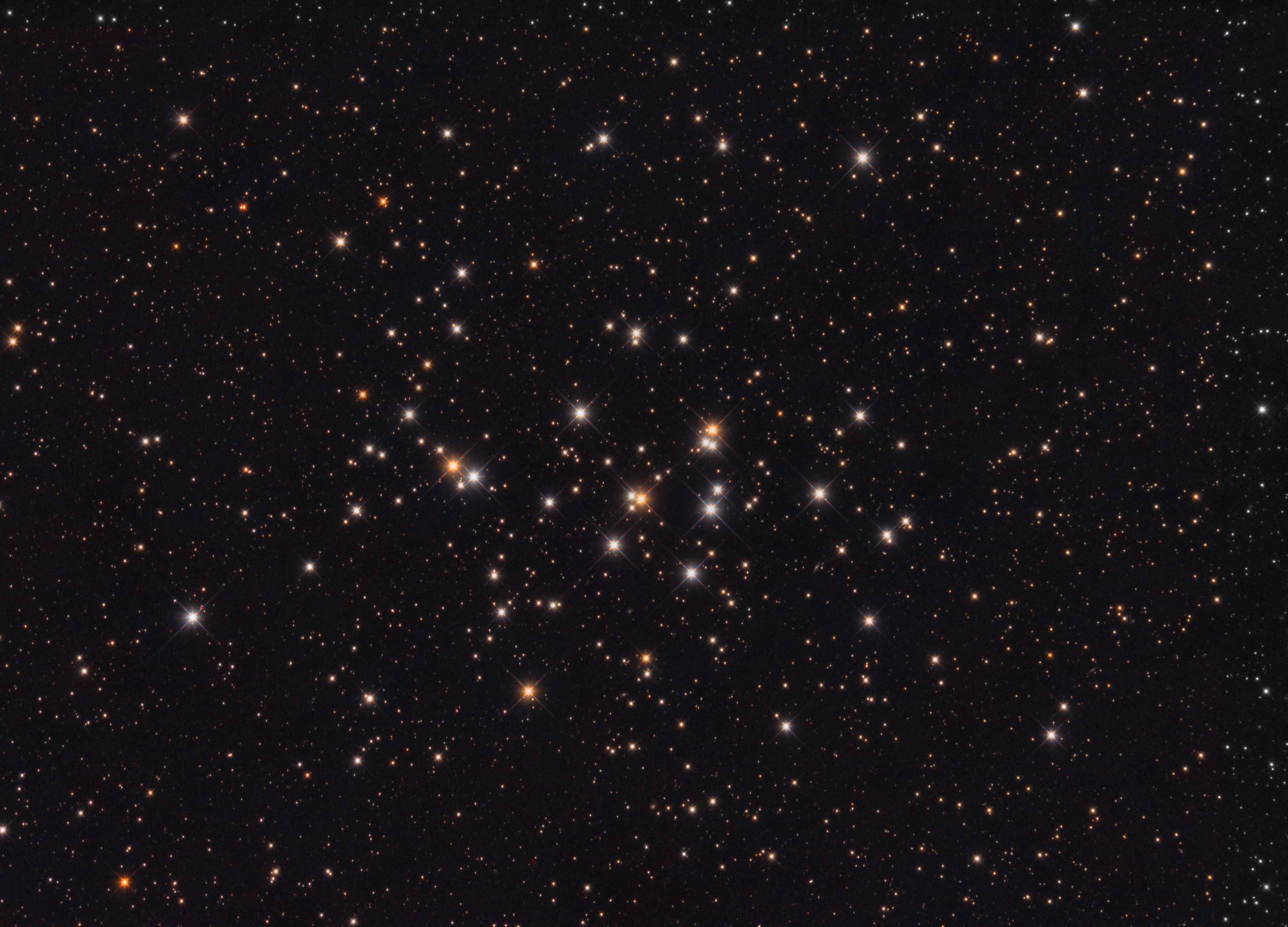 Zoomed out view on the cluster 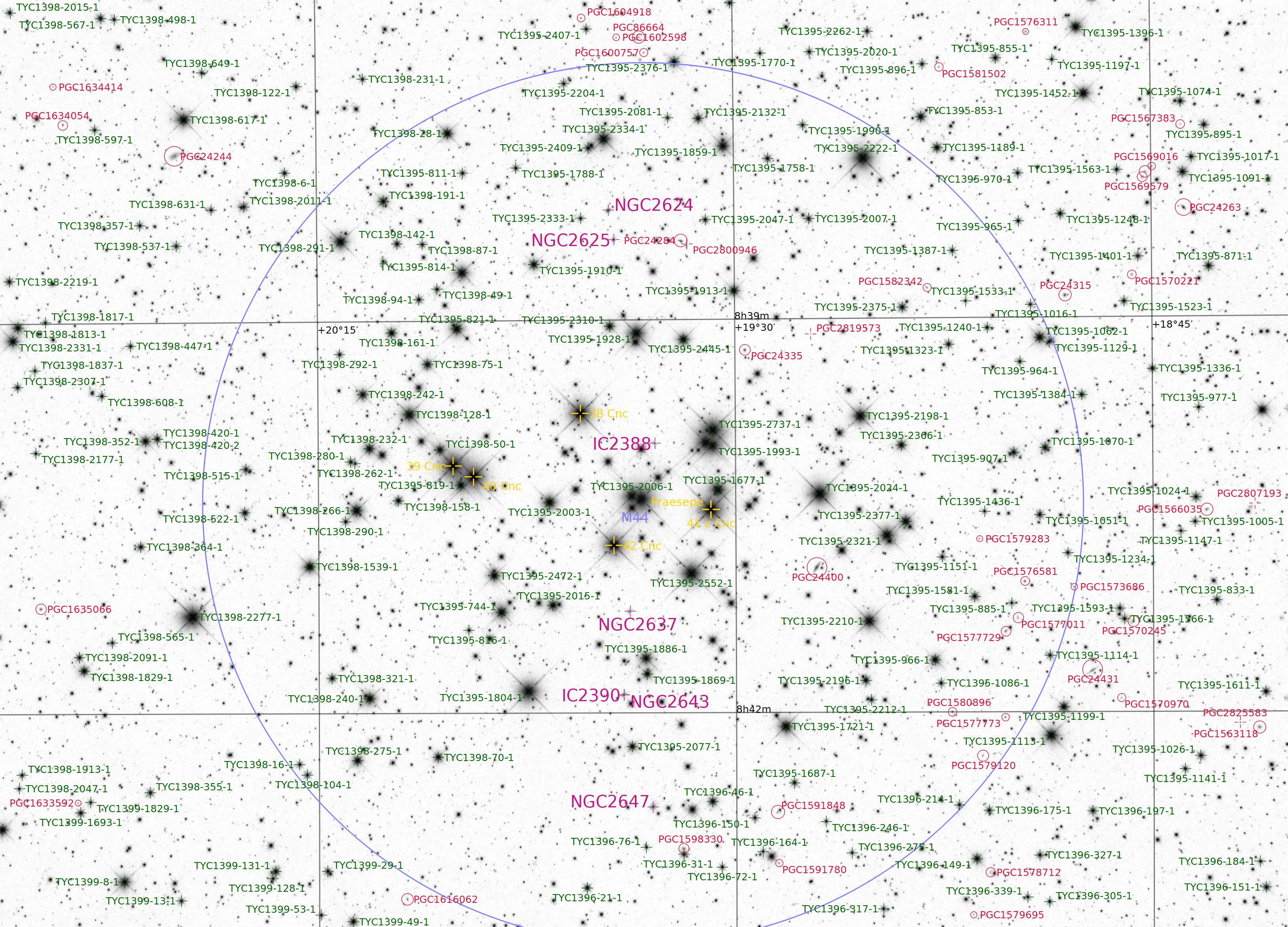 M44 is an Open Cluster in the constellation Cancer, which means that in contrary to the Globular Clusters the stars are not gravitationally bound and hence dissolve as times goes on. As one of the nearest open clusters to Earth, it contains a larger population of stars than other nearby bright open clusters. Under dark skies, the Beehive Cluster looks like a small nebulous object to the naked eye, and has been known since ancient times. Classical astronomer Ptolemy described it as a "nebulous mass in the breast of Cancer". It was among the first objects that Galileo studied with his telescope.

Age and proper motion coincide with those of the Hyades, suggesting they may share similar origins. Both clusters also contain red giants and white dwarfs, which represent later stages of stellar evolution, along with many main sequence stars, indicating a higher age than recently star forming clusters. When stars form in Open Clusters, the population of stars is very diverse and contains both large luminous blue stars (spectral type O,B) and smaller reddish dwarf stars. As massive stars have a shorter lifetime, they die first and the population ages containing mostly smaller and redder stars.

The cluster's age is estimated at around 600 million years (compared to about 625 million years for the Hyades) and the diameter of the bright inner cluster core is about 7.0 parsecs (23 light years). At 1.5° across, the cluster easily fits within the field of view of binoculars or low-powered small telescopes and is a great and easy object to find and observe for beginners in visual astronomy.