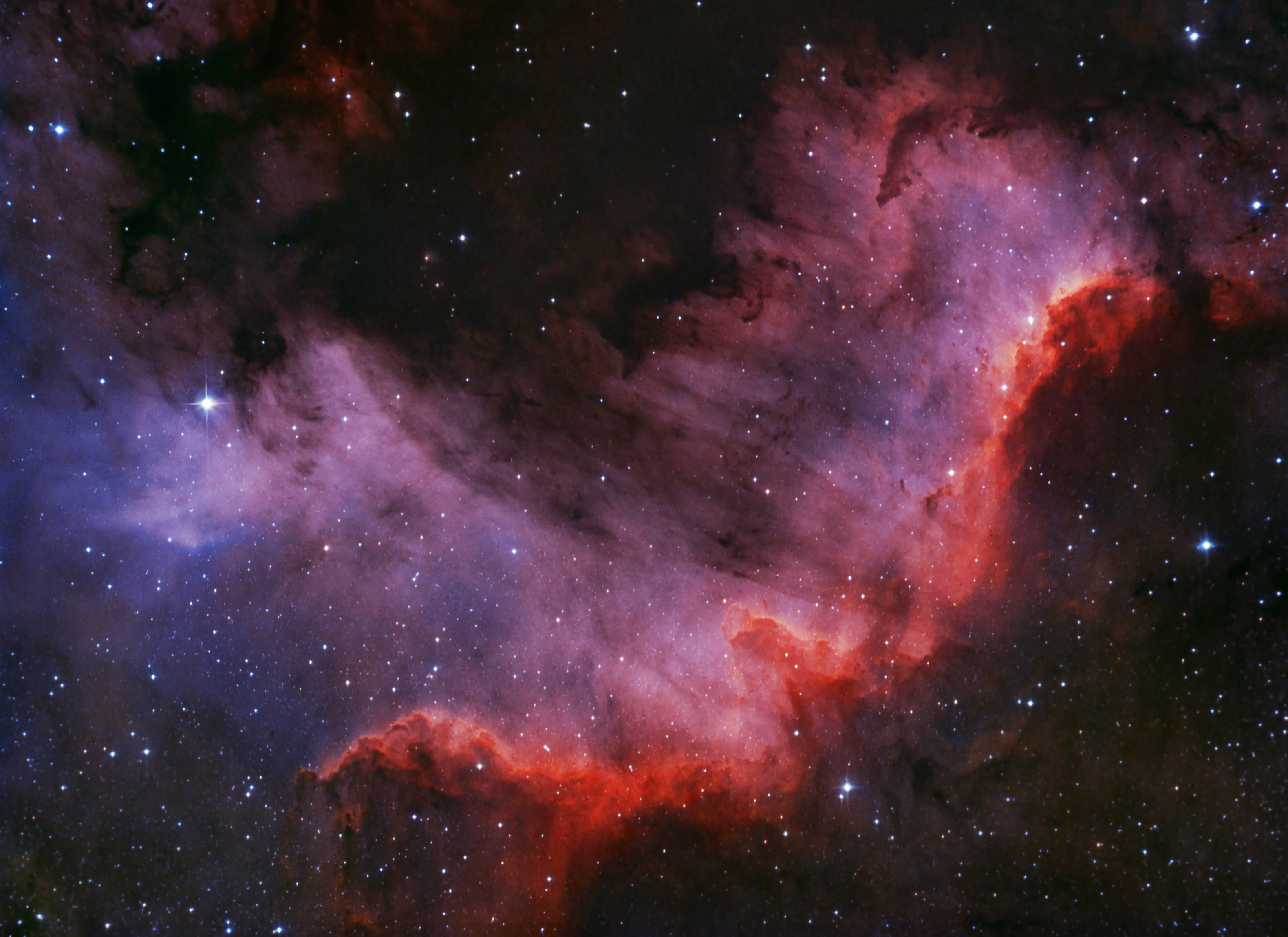 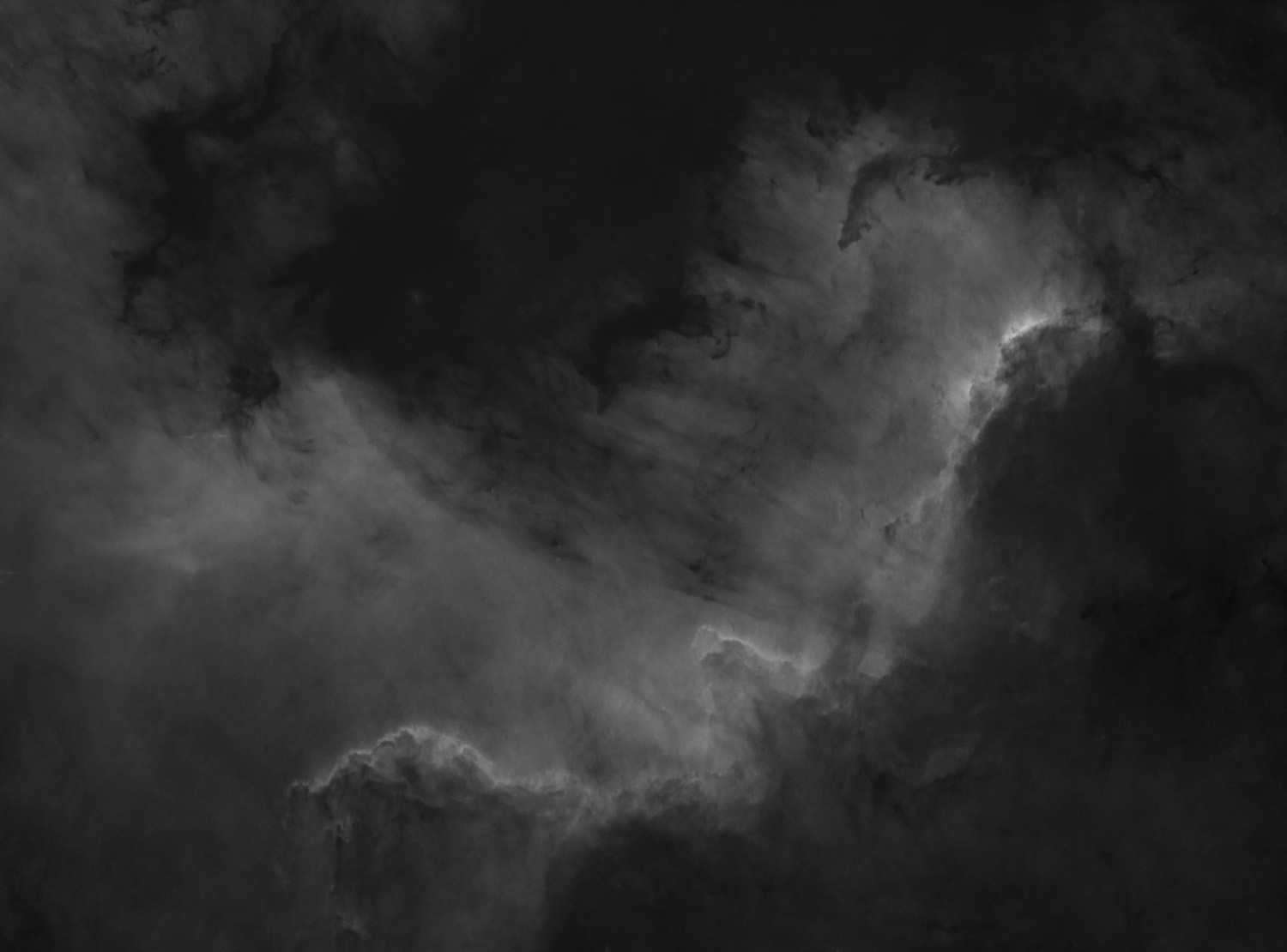 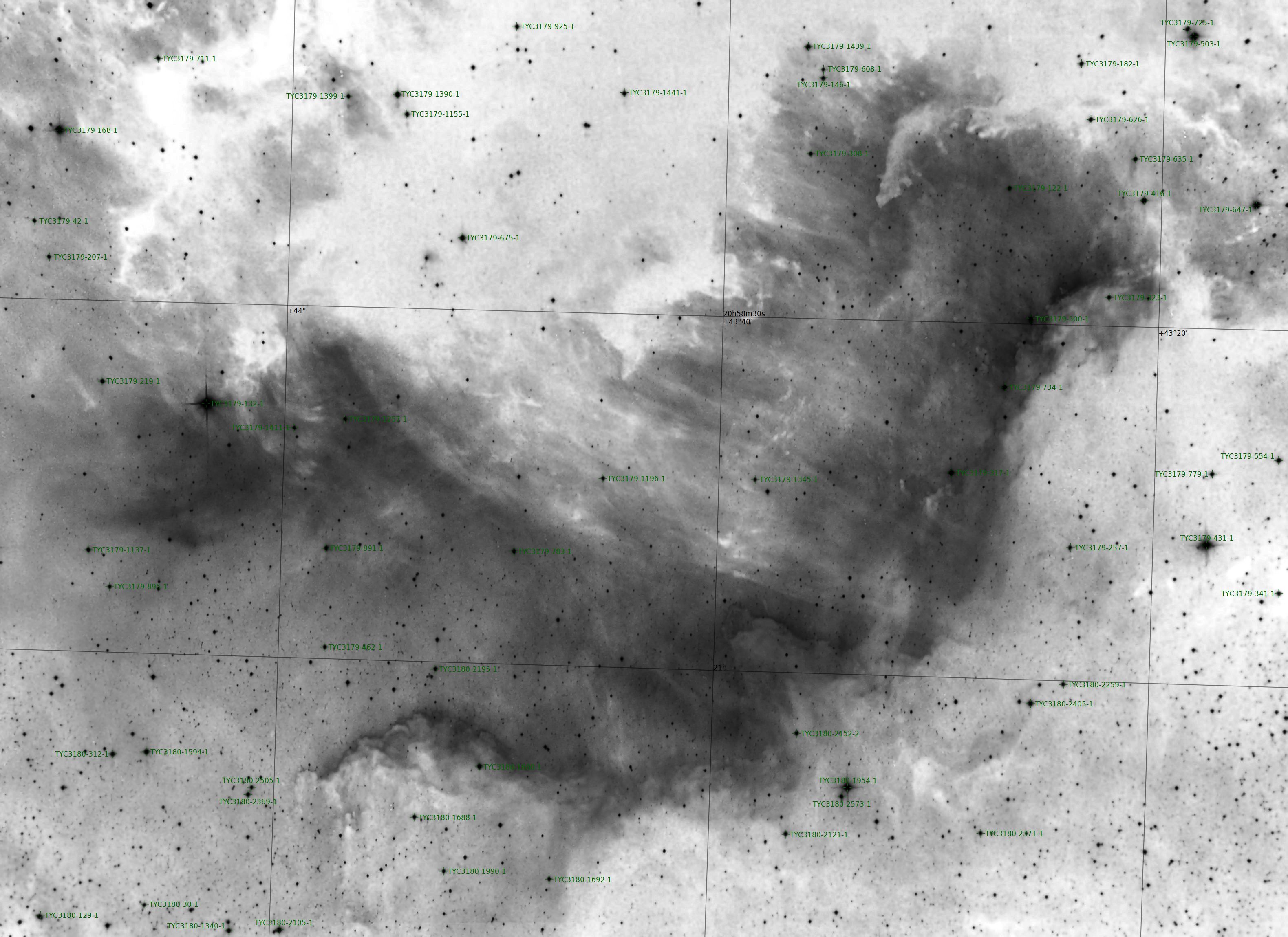 The North America Nebula covers a region more than ten times the area of the full moon, but its surface brightness is low, so normally it cannot be seen with the unaided eye. Binoculars and telescopes with large fields of view (approximately 3°) will show it as a foggy patch of light under sufficiently dark skies. LBN 354 is the portion of the nebula resembling Mexico and Central America is known as the Cygnus Wall which we spotlight here. This region exhibits the most concentrated star formation.

Observations have revealed J205551.3+435225 is a spectral type O3.5 star, with another hot star (type O8) in orbit. J205551.3+435225 lies just off the “Florida coast” of the North America Nebula, so it has been more conveniently nicknamed the Bajamar Star ("Islas de Bajamar," meaning "low-tide islands" in Spanish, was the original name of the Bahamas because many of them are only easily seen from a ship during low tide). Although the light from the Bajamar Star is dimmed by 9.6 magnitudes (almost 10,000 times) by the dark cloud L935, it is faintly visible at optical wavelengths, at magnitude 13.2. If we saw this star undimmed, it would shine at magnitude 3.6, almost as bright as Albireo, the star marking the swan's head.

In this image we use different color mappings of Narrowband Filters, the first version features the popular Hubble (SHO) Palette, while in the second one we use an artistic Bicolor palette of only Hα and OIII Emission.